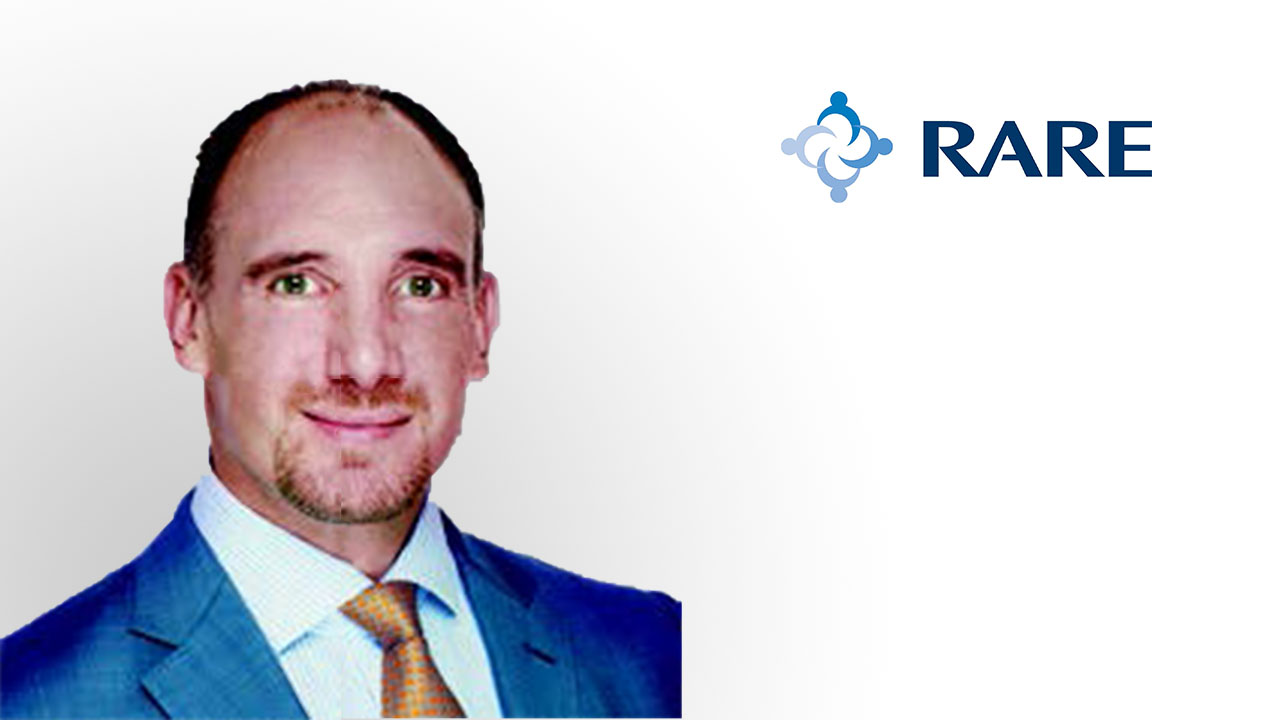 For investors looking to achieve inflation-linked absolute returns, the infrastructure asset class provides a number of attractive characteristics. Over the past 10 years, infrastructure has emerged as a stand-alone asset class, and many large institutions have made sizeable allocations within their portfolios.

For the most part, allocations to infrastructure have been directed toward private market transactions and unlisted infrastructure funds, with the aim of achieving stable long-term, inflation-linked returns. Over the past five years, the weight of funds flowing into this relatively young asset class has grown dramatically. This increasing demand for unlisted infrastructure assets has not been met by an equivalent increase in the supply of suitable infrastructure opportunities. According to Preqin, 2019 saw a total of $98 billion raised from investors through 88 fund closures (including the two largest infrastructure funds ever closed).1 Dry powder at the end of 2019 was $212 billion, which is more than double the figure at the end of 2015.

At the start of 2020, there were 253 funds reported in the market, targeting more than $200 billion. This dynamic of growing demand and constrained supply, combined with stimulatory monetary settings, has exerted significant downward pressure on available returns in unlisted infrastructure and capital deployment in unlisted infrastructure has become increasingly challenging.

There is sound evidence that the investable universes for listed and unlisted infrastructure are not substitutes. First, they offer different subsector exposures (Exhibit 1):

Some assets, such as community and social assets and competitive assets, are available only in the private, unlisted market. The listed infrastructure market, however, provides much more depth in regulated utilities and user pays assets — high-quality core infrastructure assets that are more liquid.

Second, our assessment of the infrastructure asset class shows there are also meaningful differences in risk exposures for the listed and unlisted universes, which can lead to different observed performance (Exhibit 2). This suggests these universes are not substitutes; rather, they are complementary. Different subsector and risk exposures allow investors in both listed and unlisted infrastructure the opportunity to improve portfolio construction efficiency and control unintended portfolio biases or risks.

Whether an infrastructure investment is held in a listed or unlisted form, the key driver of asset-level risk and returns is regulation. The returns “allowed” by the regulator are a critical driver of long-term asset-level returns and the operating conditions or constraints imposed by the regulator are key ongoing risks to be managed or mitigated.

Listed and unlisted UK water companies share the same regulation and similar macroeconomic drivers, and regulatory allowed return on capital is the main driver to returns in this subsector. While there is scope to outperform the allowed return through operational skill, for the 2001–18 period the difference in operating profit (as a percentage of the regulated asset base) of the average listed and unlisted company was less than 1%.

UK water companies are regulated based on five- year periods, and it can be observed from Exhibit 3 that for the 2001–05, 2006–10 and 2011–15 regulatory periods the regulator (the Water Services Regulation Authority, or Ofwat) followed policies that resulted in  a relatively narrow range of return outcomes across the industry. A deliberate change occurred in the 2016–20 regulatory period as the UK water industry regulatory policies intended to reward better-run companies. Regulators are now agreeing on a series  of operational and customer engagement benchmarks with companies and attaching financial penalties or incentives to the outcomes.

Listed companies have a range of tools to remunerate management, for example, allowing some companies to strive for improved execution and achieve better returns. This indicates an opportunity for active infrastructure investors to allocate to the better performers.

The average return on regulated assets (or, as described by the regulator, regulated capital value) has shown relative consistency over the long term, although in the past few years the returns allowed by the regulator (assessed on a weighted average cost of capital approach) and achieved by the companies have come down, largely as a function of the yield environment, as bond yields have compressed.

Return on equity (ROE), as reported by the companies, and the return to equity holders (investors) are a function of the operating returns (outlined above in Exhibit 3) and the capital structure and financing of the companies. The capital structure of many of the unlisted water companies reflects significantly higher debt and leverage than the listed water companies. For the unlisted companies, this may result in higher returns, but also higher volatility and greater financial risk.

Over the long term, the returns to equity holders reference the ROE reported by the companies and the ROE2 allowed by the regulator. Exhibit 4 indexes the allowed ROE, reported ROE and investor returns (income and capital) for the listed UK water companies for the 2001–19 period. The compounded company- reported ROE3 has exceeded the regulator-allowed ROE by approximately 270 basis points per annum, indicating that the companies are outperforming the regulator’s operating assumptions and agreed business cases. It is common around the world for regulators of essential service companies to set return benchmarks that the companies subsequently outperform. This is generally achieved through operational and/or financing efficiencies and promotes long-term benefits for both companies and their investors and ratepayers, their customers. Returns to equity holders (investors) over the period have exceeded company-reported ROE by a further 200 basis point per annum, likely because of the:

In the past 10 years, listed UK water companies have traded from a 5% discount to as much as a 25% premium to their regulated asset base, while private transactions have mostly occurred closer to a 30% premium to asset base. This has created opportunities for listed market investors to gain exposure to the UK water sector at (often) significantly more attractive entry prices.

Either way, over the long term, our analysis indicates holders of the listed stock are likely to generate better risk/return outcomes than their unlisted counterparts. This is almost entirely the result of the more favorable entry price.

Exhibit 6 indexes the allowed ROE, reported ROE and investor returns (income and capital) for 42 listed North American electric companies for the period 2001–19. The compounded company-reported ROE has exceeded the regulator-allowed ROE by approximately 30 basis points per annum, indicating that the companies are outperforming the regulators’ operating assumptions and agreed business cases (as is normal for many regulated utilities).

Returns to equity holders over the period have further exceeded company-reported ROE by an additional 10 basis points per annum  on  average. The range of returns to equity holders versus the allowed and reported ROEs among the companies in the study in any given year is significant. This again illustrates that while regulation underpins long-term returns, liquidity allows listed infrastructure investors the ability to enhance infrastructure returns.

It is not surprising that asset-level returns are similar for listed and unlisted infrastructure and heavily reliant on the returns allowed by regulators, given that the holding structure should not materially affect the cash flows at the asset level. However, investors are chiefly concerned with the achieved returns from their investment, rather than the asset-level returns. How comparable are the long-term achieved returns for investors in listed and unlisted infrastructure?

We offer several observations on Exhibit 7:

1 All figures in U.S. dollars unless otherwise indicated.

3 Given the lack of book equity, a function of the way the companies were privatised in 1990, a modified DuPont analysis has been undertaken to determine the reported ROE, as described in Exhibit note. 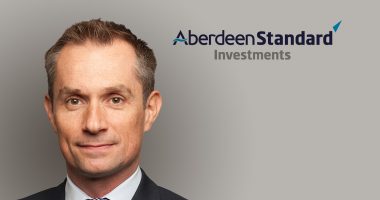 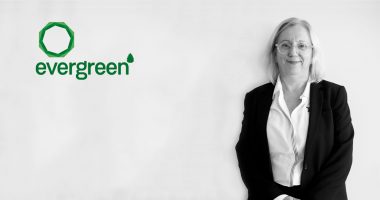 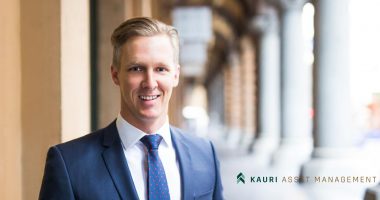 " US Banks in Focus as Earnings Season Kicks Off

The latest round of earnings are set to pour through, with the US banks on the radar of funds and analysts in the week