The value of nickel beyond 2019

Looking back at nickel last year, metal prices experienced five-year highs during September, exceeding $26,000 (US$18,000) per tonne throughout the month.

The extreme spike was triggered by the continuing rise of electric vehicle sales and Indonesia's premature decision to ban nickel ore exports, which is set to become effective as the new year rolls in.

Nickel's role in the rise of electric vehicles

Nickel's properties make it a desirable commodity to use in lithium-ion batteries, which primarily power electric vehicles. The metal lends itself to "deliver higher energy density and greater storage capacity at a lower cost," according to the Nickel Institute.

This year has seen electric vehicle sales soar to record-breaking levels once again, with the number sold in Australia doubling. Forecasts for the next 10 years predict sales to continue growing annually, reaching 44 million sales per year by 2030.

However, the nickel spike didn't last. In November, the price plunged so rapidly it risked beating an eight-year record of abrupt price drops. The price fell as it became clear that the impact of the Indonesia ban is less extreme than first predicted.

Nickel producers on the ASX

Large-cap BHP is nearing production from its Nickel West project in Western Australia. This target is expected to be reached next year. Once production is up and running, BHP's plant will be able to process up to 100,000 tonnes of nickel sulphate each year.

The mining giant currently sells over three-quarters of its nickel supply to the battery materials sector, keeping up with the demand of the growing electric vehicles market. Nickel West is a mine-to-market operation which employs over 3500 workers.

Small-cap Independence Group has also made its mark as an Australian nickel producer this year. The company produced over 30,000 tonnes of nickel during the 2019 financial year and expects to match this during the 2020 financial year.

The company operates the Nova nickel-copper-cobalt project in Western Australia. A mineral resource at Nova forecasts it to hold 13.1 million tonnes.

In the latest Resources and Energy Quarterly report, Australia is ranked as the sixth-largest nickel producer in the world. This year the nation produced over 200,000 tonnes of the metal.

Australia is home to 26 per cent of the world's nickel supply and exports currently contribute over $3 billion dollars to the Australian economy annually. The nation's nickel exports are expected to grow nine per cent each year, bringing it to be worth $4.7 billion in 2020-21.

UBS analysts reaffirmed the price of nickel is likely to rise during 2020. It is pointed out that this is on the back of nickel's use in creating electric vehicles, and not in relation to Indonesia's export ban.

This is in line with the World Bank's predictions that the average price per tonne of nickel is set to increase by almost another $1000. 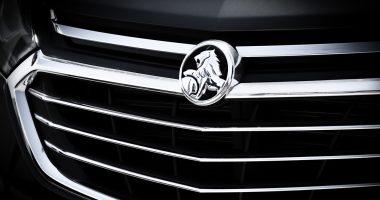 “I think that’s very disappointing, that, over many years, more than $2 billion I understand was directly provided to General Motors for

Listed investment companies have dominated the business news cycle in the last few months. But maybe the pundits have it wrong.