This is why the world’s elite is snatching up gold 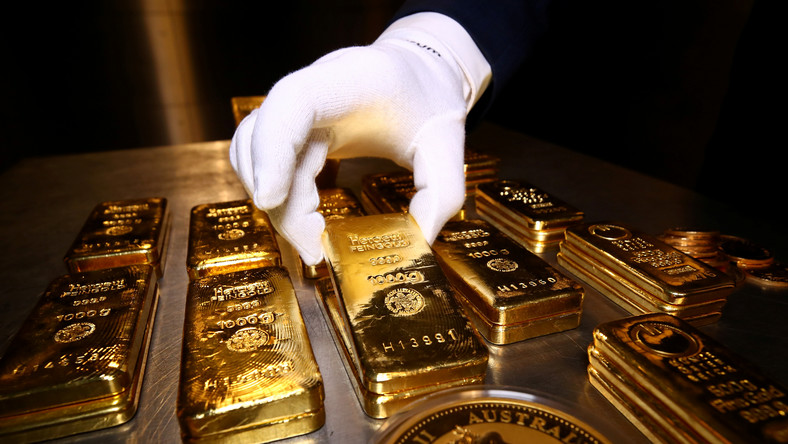 The ultra-wealthy of the world are being advised by big banks to stock up on gold as the coronavirus continues to have its way with economies, but Australian investors are buying gold stocks.

An article from Reuters started to circulate this morning which claims some private banks are now advising clients to hold up to 10 per cent of their portfolio in gold. According to the article, most private banks recommended only a tiny amount of gold holding to their clients before the COVID-19 crisis.

Now, nine private banks spoken to by Reuters, which collectively oversee around US$6 trillion (roughly A$8.75 trillion) in assets for the world’s ultra-rich, have allegedly advised their clients to up their gold holding.

In Australia, however, investors are hedging their portfolios by indirectly increasing their own gold allocation; rather than buying the metal itself, they are buying shares in gold miners.

Generally speaking, the precious yellow metal is an effective hedge against both inflation and deflation.

However, gold has become even more attractive in recent months as unprecedented stimuli from central banks reduce bond yields. Gold has always been considered a “safe haven” investment, and its steady performance in the face of COVID-19 solidifies this reputation.

The price of gold has already risen by roughly 14 per cent since the start of 2020, today sitting at US$1733 (around A$2528) per ounce. However, many analysts — including those from UBS, Morgan Stanley, and Bank of America — are predicting the price will keep rising for the rest of the year.

Of course, if gold offers no yields and holding it pays no income, it seems the key driving force behind stocking up on the precious metal is nerves.

Kiran Ganesh from UBS’ chief investment office told Reuters the economic volatility brought about by the spreading coronavirus has investors on tenterhooks.

“With the recent equity rally, people have become more nervous. People are actively seeking out portfolio hedges that might perform well in a range of scenarios,” Kiran said.

What does this mean for investors?

The implications of the ultra-rich stocking up on gold can be worrisome for investors. It means those with the most to lose are preparing for upcoming economic headwinds — suggesting the economy might not be recovering from the virus crisis as quickly as some would hope.

Nevertheless, this news should not come as a shock; analysts have been flagging the premature stock market recovery for weeks. In fact, a recent survey from Bank of America found that 78 per cent of investors think the stock market is currently overvalued.

As such, the fact that the wealthy are being advised to buy gold is fairly unsurprising. With investors and analysts alike warning of an overvalued market, it makes sense that those who can afford to will be taking measures to hedge their investments.

Moreover, the increased snapping-up of gold is not evidence of an inevitable market crash as much as it’s confirmation of general uncertainty. With everything 2020 has thrown as us so far — including the coronavirus, a Saudi Arabia-Russia oil price war, ongoing U.S.-China trade tensions, and rising geopolitical tensions between China and India — nobody knows what the rest of the year will bring.

Above all, however, the new gold advice is an affirmation of the safety of the yellow metal. It gives more weight to the argument that investors, ultra-rich or not, should consider hedging their own bets on gold — which is a trend beginning to emerge across the ASX.

The age of ASX gold stocks

It seems rather than buying up bullion, index funds or futures contracts, Australian investors are taking an interest in the producers of the metal.

Our big-cap gold miners, such as Newcrest (NCM), St Barbara (SBM), and Perseus (PRU) have each staged remarkable recoveries since the COVID-19-induced market crash, each fully recovering and now trading higher than they were at the start of 2020.

Since March 16, Newcrest shares have increased by 37.7 per cent, Perseus shares by 58.7 per cent, and St Barbara shares by a whopping 81.4 per cent.

Yet, it’s not just the big producers seeing a sudden uptake in shares. Junior explorer Theta Gold Mines, which is working to restart exploration in gold-rich South Africa, has had a strong 2020. Throughout 2019, Theta shares consistently traded for between 10 cents and 17 cents each. Today, shares are comfortably sitting at 24 cents each after taking back all ground lost in the March mass sell-off.

Meanwhile, Predictive Discovery (PDI) has soared 680 per cent since the start of April after striking gold in Guinea, West Africa.

It seems for Australian investors, the ability to produce gold carries as much weight as the gold itself. Rather than fight for the commodity, investors down under are hedging their bets on those who can create more of it.