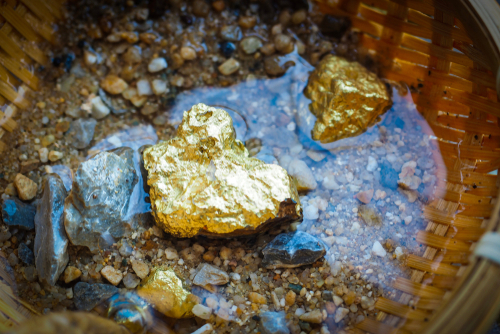 Titan Minerals Limited has announced the Regional Energy and Mines Department has granted the final permit for the operation at its Vista Gold Plant.

Located on private land in the District of Vista Alegre, in Southern Peru, the Vista Gold Plant will have a nameplate capacity of 150 tonnes per day (TPD) and can generate up to 90 ounces of gold per day.

Monthly gold averages ranged from 17 gram per tonne to 20 grams per tonne which was achieved in 2018.

Initial operations will commence at 120 TPD within a six month period. This permit will allow Vista to increase its capacity to 350 TPD and will be upgradeable when needed.

Titan has retained its gold processing and plant development team which has vast experience and high knowledge. The team will operate Vista which will allow Titan to purchase high-grade ore from licensed miners in the region.

During an initial trial period Titan produced an estimated 700 ounces of gold from material treated with acquisition of the mineralised material continued during the trial period and commissioning of Vista.

However, the rainy season impacted gold production from miners in the county and in higher gold producing areas. This resulted in the average gold grade and production being lower than usual results during the same period.

In the long term growth to Vista will be achieved by using Titan’s presence and landholdings within the 100 kilometre long Nazca-Ocoña belt to determine significant mineral resources.

Titan hopes to have all its priority permits granted for the 2019 drilling season.