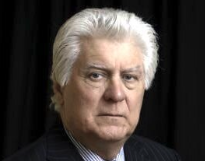 A total of 102 reverse circulation (RC) holes for 7472 metres have been drilled so far, with 2728 samples sent to the laboratory for analysis.

Results have been received for 795 samples while the remaining are expected in approximately five to six weeks.

These results primarily come from RC drilling undertaken at the Observation Prospect.

Additionally, a new mineralised zone has been identified with a 350-metre strike length and it remains open to the west and at depth.

The aim of this drilling program was to better define zones most likely to increase the project’s resource base.

Executive Chairman Ian Finch is pleased with the results received so far.

“These are exceptional first past results from the Observation Prospect,” Mr Finch commented.

“Mineralisation is broad, shallow, high-grade and open-ended, making it an excellent prospect that fits our strategy of focusing on rapidly increasing the Paris Project resource base.”

TOR by the numbers