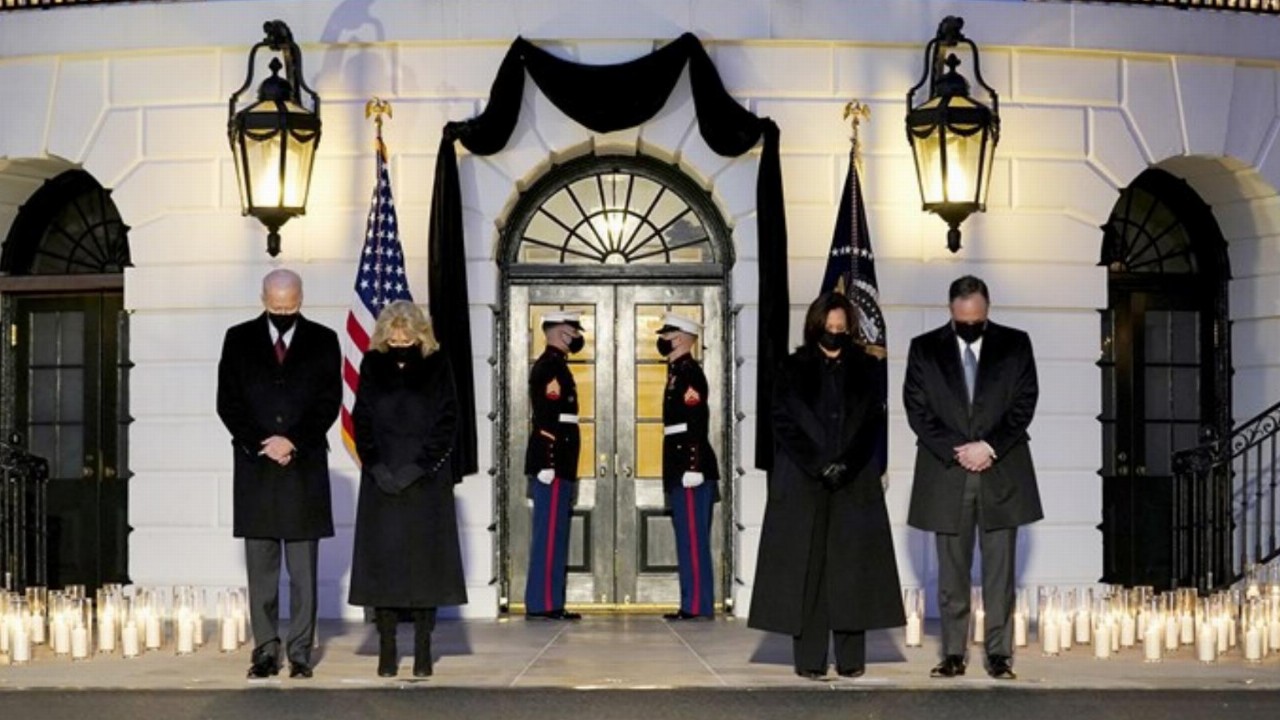 The United States has passed a grim milestone after recording over 500,000 deaths from the COVID-19 pandemic.

According to a Reuters tally of public health, the U.S. has recorded over 28 million infections and 500,264 deaths as a result of the virus, as of Monday afternoon in New York. The staggering death toll update comes just over a year after the pandemic killed the first recorded U.S. victim in California.

In March of 2020, the U.S. took over as the country hardest hit by the coronavirus, leaving other impacted countries like China and Italy trailing far behind. Since then, the U.S. has continued to fare the worst during the global health crisis.

Despite the country accounting for just four per cent of the world’s population, the U.S. has recorded roughly 19 per cent (almost a fifth) of total global coronavirus deaths.

Health experts like Dr Anthony Fauci have attributed the nation’s staggering loss to political divisiveness during former President Donald Trump’s administration, which mostly left U.S. states to deal with the unprecedented crisis themselves.

The grim milestone was marked in a solemn ceremony in the nation’s capital. President Joe Biden ordered that all American flags on public buildings and grounds be flown at half-mast until sunset on Friday.

Bells at the National Cathedral in Washington tolled 500 times, with each ring symbolising 1000 American deaths at the hands of the pandemic. After the bells sounded, President Biden made a sombre speech at the White House, honouring those killed by COVID-19.

“On this solemn occasion, we reflect on their loss, and on their loved ones left behind. We, as a nation, must remember them so we can begin to heal, to unite, and find purpose as one nation to defeat this pandemic,” he said.

“As we acknowledge the scale of this mass death in America, remember each person and the life they lived. The son who called his mom every night just to check in. The father, the daughter who lit up his world. The best friend who was always there… The nurse who made her patients want to live,” he added.

President Biden, Vice-President Kamala Harris, and their respective spouses stood silently in mourning before the White House, clothed in black and masks, while the Christian hymn ‘Amazing Grace’ played.

Even as the U.S. marks half a million deaths from COVID-19, there may be a light at the end of this long, dark tunnel. COVID-19 case numbers in the U.S. have fallen for a sixth consecutive week, with hospitalisation also falling to its lowest levels since the Thanksgiving and Christmas holidays.

This is likely a reaction to the combined impact of ongoing vaccinations programmes, and various preventative measures enforced by the new Biden administration.

However, health experts have warned that COVID-19 variants from Britain, South Africa, and Brazil could trigger additional waves of infection in the U.S.