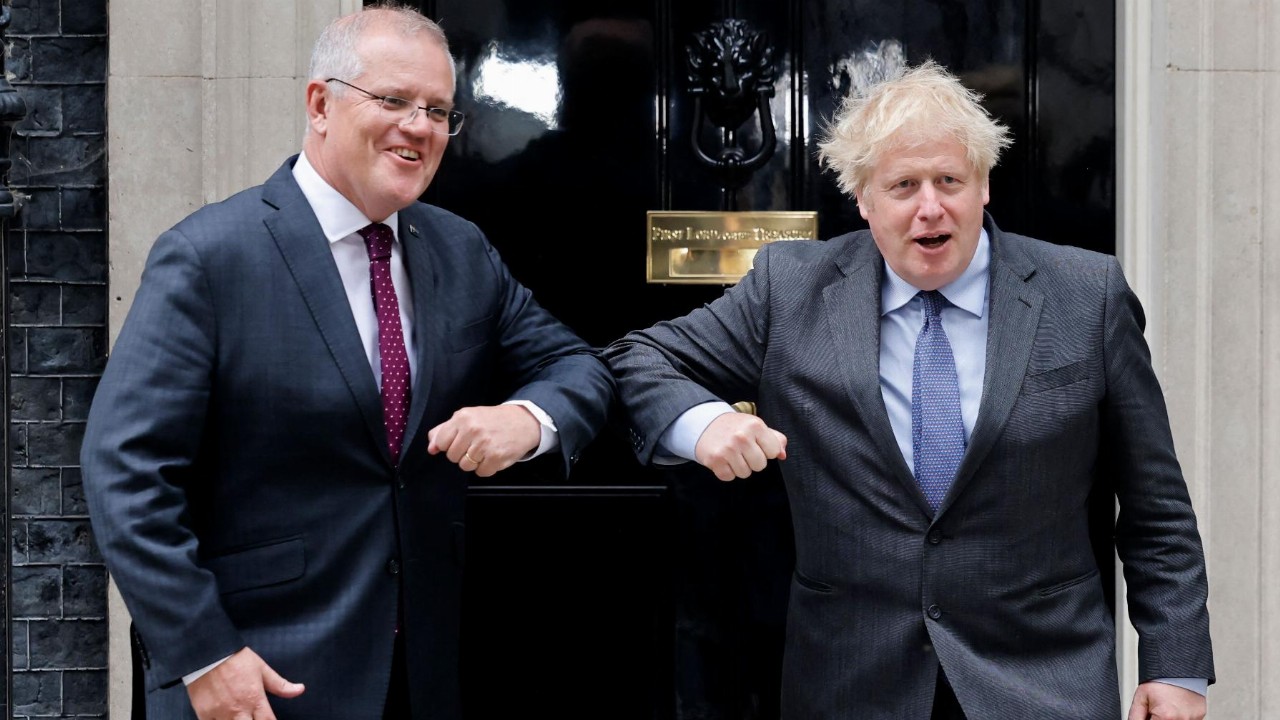 Australian Prime Minister Scott Morrison and his United Kingdom counterpart, Boris Johnson, have agreed to the broad terms of a trade deal between the nations.

A free trade agreement between Australia and the UK has been in the works for months, with the two leaders allegedly striking an in-principle deal over dinner this week.

Details of the deal are slated to be announced on Tuesday morning, Cornwall time, meaning Tuesday evening for Australia.

This marks the first major trade deal the UK has signed since formally leaving the European Union at the start of 2021. Australia did not have an individual free trade agreement with the UK while it was an EU member state.

Prime Minister Morrison said today the two countries have been working hard to get the “right deal” as part of the new trade relationship.

“As the United Kingdom moves into a completely new regeneration of their trading relationships with the world, who better to start that journey with than Australia?” Prime Minister Morrison said.

He said when the UK joined the EU in the early 1970s, it was a “devastating blow” to Australian producers.

“The Brexit that has occurred is an opportunity for us to pick up where we left off all those many years ago, and to once again realise the scale of the trading relationship we once had.”

The terms of the deal are yet to be announced, but the strengthened UK-Australia relationship is expected to make it easier for Australians to live and work in the UK and vice-versa.

On top of this, the deal will likely scale down or phase out some tariffs and quotas between the countries. The deal could add around £500 million (roughly A$708.4 million) to British economic output over the long term, according to a Reuters report from earlier this month.

The deal will now be formalised into a legal document and passed by the parliaments of both countries.

The deal has faced some backlash from UK farmers this year, who have flagged concerns that Australian imports could undercut local production.

Nevertheless, the UK Department of International Trade has insisted any trade deal will not compromise the UK’s high standards or weaken the UK farming industry.