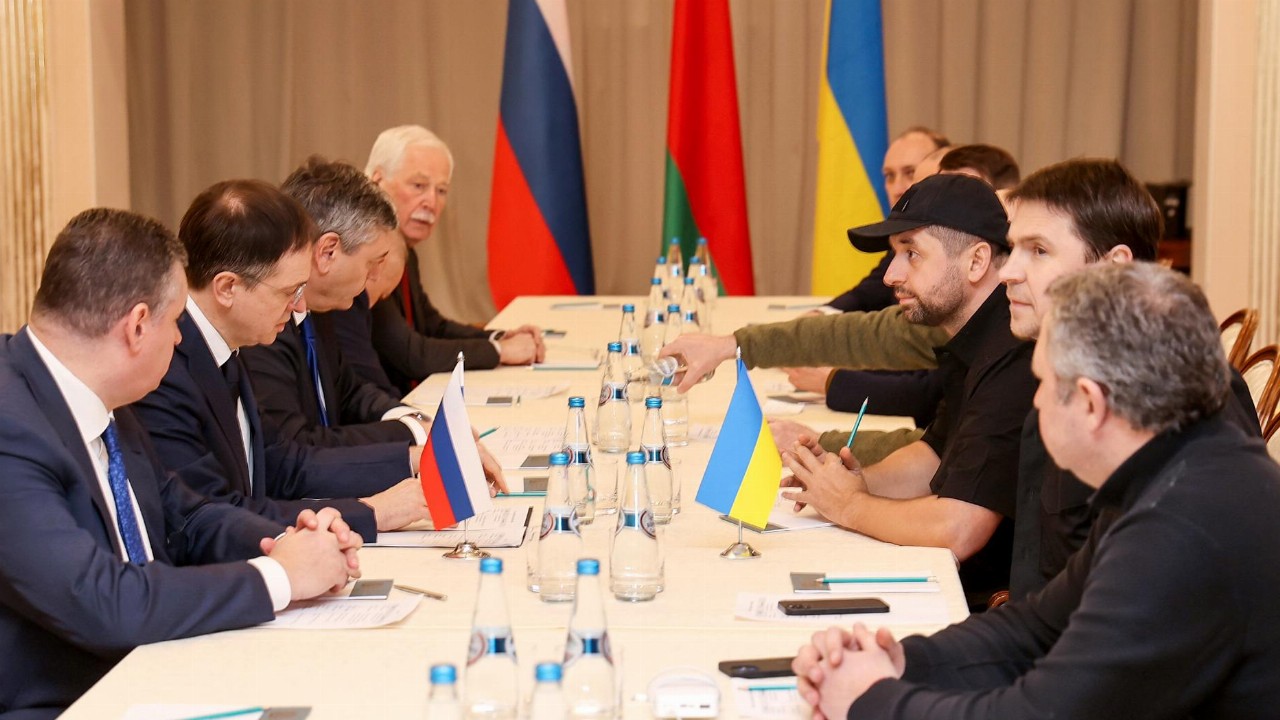 Russia and Ukraine have ended a second round of peace talks without reaching a ceasefire agreement as Russia continues its military invasion of its neighbour country.

Ukrainian presidential advisor Mykhailo Podolyak said Ukraine’s three main goals from the peace talks were for an immediate ceasefire, a truce between the counties, and to establish humanitarian corridors to allow civilians from destroyed areas or places frequently under attack to evacuate safely.

Start talking to Russian representatives. The key issues on the agenda:
1. Immediate ceasefire
2. Armistice
3. Humanitarian corridors for the evacuation of civilians from destroyed or constantly shelled villages/cities. pic.twitter.com/Pv0ISNjsod

“The second round of negotiations is over. Unfortunately, the results Ukraine needs are not yet achieved,” Mr Podolyak said.

However, while the war continues to rage, negotiators have agreed on some key humanitarian issues. Specifically, it seems Russia has agreed to a temporary ceasefire in some areas to allow for the evacuation of civilians and for aid to be delivered where fierce fighting has been taking place.

Still, Russia remains firm in its demands — demands to which Ukraine seems unwilling to agree.

Russian officials submitted the Kremlin’s demands to negotiators earlier this week, which include the recognition of Crimea as a Russian territory. Russia also demands the demilitarisation of Ukraine and that the country must remain neutral and outside of the North Atlantic Treaty Organization (NATO) alliance.

Russia’s foreign minister, Sergey Lavrov, insisted that any peace agreement with Ukraine would need to meet these terms.

Ukrainian President Volodymyr Zelenskyy said on Thursday Ukraine had had no interest in demilitarising. He said he was prepared to meet and talk directly with Russian President Vladimir Putin about finding an agreement to end the war.

The second round of failed peace talks took place on the Poland-Belarus border after Russia and Ukraine held their first unsuccessful round of talks on Monday.

There is currently no set date for a third round of peace talks between the two countries.