Uranium and vanadium play Uvre (UVA) traded flat after listing on the ASX today under the code UVA.

The stock touched 22.5 cents, but settled back in line with the 20-cent IPO price, which raised $6 million for the company’s work.

The new capital will fund exploration at the company’s East Canyon uranium and vanadium project in Utah, USA.

Managing Director Pete Woods said there was a strong response from retail and institutional investors.

Wiluna Mining (WMC) is raising at least $50 million — and up to $84.5 million — via an entitlement offer to advance its namesake Wiluna gold project in the centre of Western Australia.

Wiluna already has an underground gold mine as well as a multi-circuit processing plant, and owns 1600-square-kilometres of real estate which is surrounded by million-ounce mines and important infrastructure.

So why does it need to raise capital? Deal Room interviewed Wiluna’s Executive Chairman Milan Jerkovic who said it would boost the company’s mining operations.

“The key reason for raising the money is to complete ramp-up to commercial production over the next six months to 120,000 ounces a year and start generating positive cash flow for the next ten years with the reserve base we have,” Mr Jerkovic said.

“Part of that is to complete the underground mine development. We are already operating, producing 6000 to 7000 ounces of gold now, we need to ramp that up to 10,000 ounces in the next six months.”

The company has a market cap approaching $120 million and shares last traded at 56.5 cents. The rights issue is priced at 40 cents and closes on Friday.

Meanwhile, Kopore Metals (KMT) has secured $3 million through a placement to further explore its Agadez uranium project in Niger.

The placement was supported by former Sprott Resources President and CEO Kevin Bambrough, who is now a top-20 investor.

Kopore Metals Managing Director and CEO Caroline Keats said the company also had a silver and copper project in Botswana and copper-gold project in the Bryah Basin region of Western Australia.

“It’s been a really exciting time for the company, we recently announced we completed the acquisition of a number of tenements in Niger, we have updated our resource, we’ve announced a drilling program and the capital raising really capped it all off,” Ms Keats said.

“We raised $3 million, we’ve welcomed a whole lot of new institutional investors to our register and also we introduced Kevin Bambrough, who’s come on as a cornerstone investor. He’s been an incredibly influential person within the uranium space.”

Kopore’s raise was priced at 3.3 cents. Shares today were trading at that price today at 2:58 pm AEST. The company’s market cap is above $30 million. 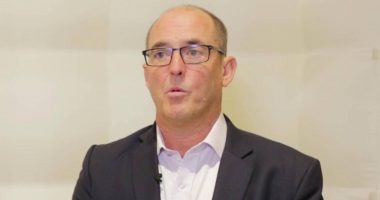