The two villages are in the Cumbre Vieja national park in the south of the island. 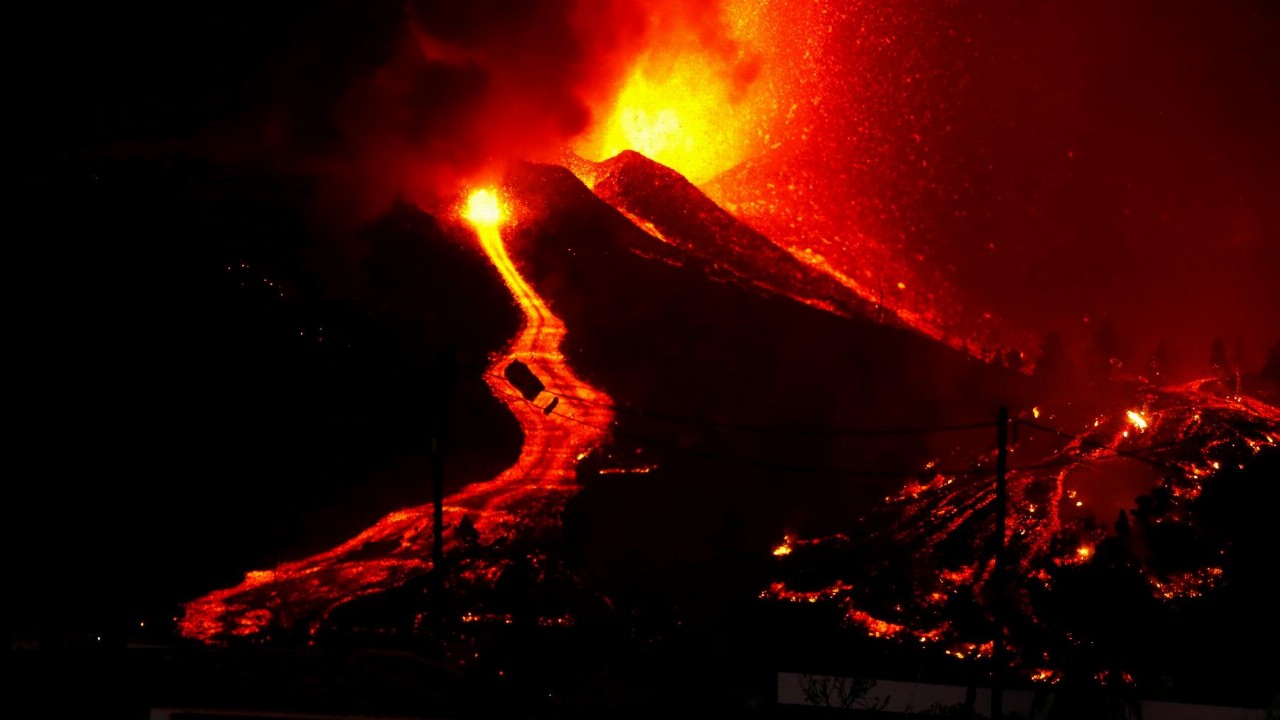 A volcano erupted on the Spanish Canary Island of La Palma on Sunday, sending lava shooting into the air and streaming into rivers towards two villages.

The two villages are in the Cumbre Vieja national park in the south of the island.

Just before the explosion, evacuations had already begun for the infirm and some farm animals, according to the island’s government.

Video footage taken after nightfall showed fountains of lava shooting hundreds of metres into the sky with orange rivers of molten rock pouring down the hill.

Incredible footage of the Cumbre Vieja eruption on #LaPalma now that night has fallen.

La Palma, with a population of 85,000, is one of eight islands in Spain’s Canary Islands archipelago. The last time the volcano erupted was in 1971.

Scientists have been monitoring the seismic activity and labelled it “an earthquake swarm”, with more than 22,000 tremors reported over one week.

A magnitude 3.8 quake was recorded before the eruption as vibrations from the seismic activity were felt on the surface.

“When the volcano erupted today, I was scared. For journalists it is something spectacular, for us it is a tragedy. I think the lava has reached some relatives’ houses,” local resident Isabel Fuentes told Spanish television TVE.

“I was five years old when the volcano last erupted (in 1971). You never get over a volcanic eruption,” added Ms Fuentes, who said she had moved to another house on Sunday for her safety.

Canary Islands President Angel Victor Torres said in a press conference on Sunday night that 5000 people had been evacuated and no injuries had been reported so far.

“It is not foreseeable that anyone else will have to be evacuated,” he said. “The lava is moving towards the coast and the damage will be material. According to experts there are about 17-20 million cubic meters of lava.”