Wall Street found plenty of reasons to rise with companies like Coca-Cola up 6.1 per cent to an all-time high 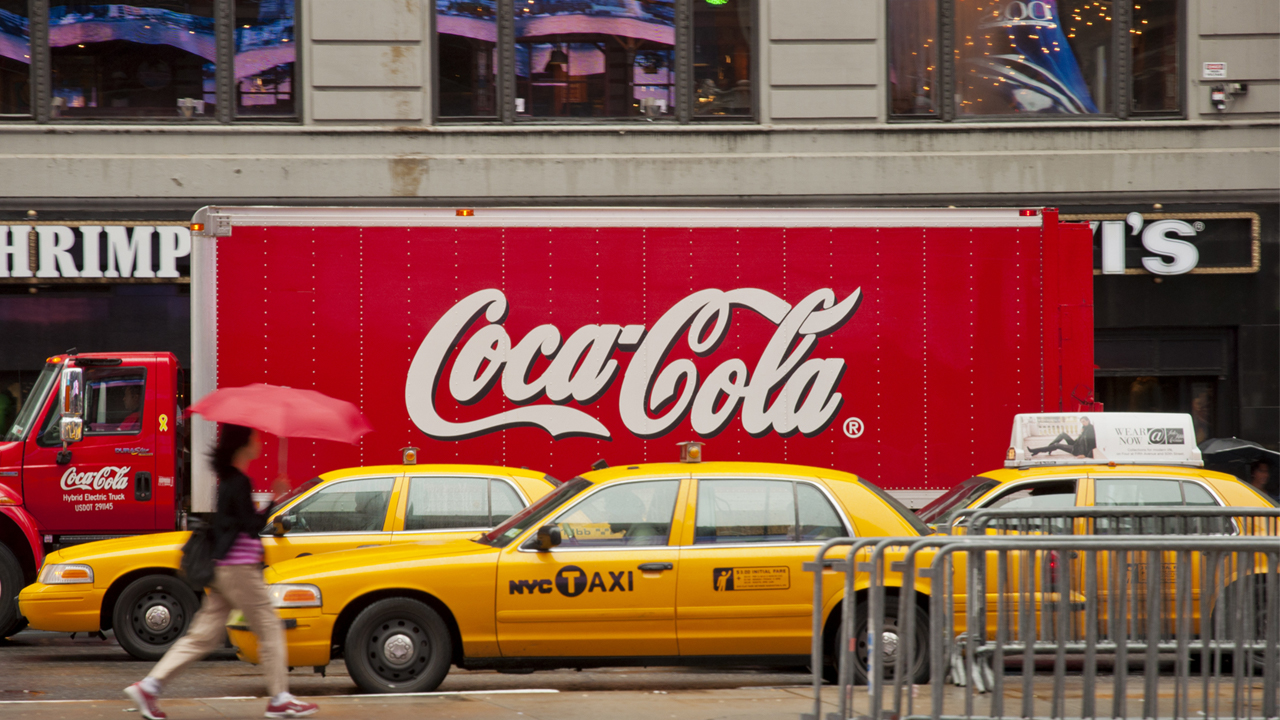 Stocks look set to open at an 11-year high after Wall Street rallied on upbeat earnings, a debt deal and progress in trade talks.

Wall Street found plenty of reasons to rise overnight. There were well-received trading updates from Dow components Coca Cola and United Technologies; a deal between the White House and Congress to raise the debt ceiling; and reports that a US delegation will travel to China next week to resume trade negotiations. The result was a 20-point or 0.68 per cent advance in the S&P 500. The Dow put on 177 points or 0.65 per cent and the Nasdaq 47 points or 0.58 per cent.

Coca Cola jumped 6.1 per cent to an all-time high after raising its guidance, continuing a trend this earnings season of companies beating downbeat expectations. Coming into the season, analysts had predicted an average profit decline among S&P 500 companies of up to 3 per cent. Profits are now expected to rise 1 per cent, according to Reuters.

Fears of another battle over federal spending dissipated after the White House announced a two-year deal to raise the debt ceiling for two years, avoiding a potential default. The deal to increase the borrowing limit extends into mid-2021.

Face-to-face trade talks between the US and China are set to resume as soon as Monday, according to a Bloomberg report. The US delegation will be led by Trade Representative Robert Lighthizer and talks will last for three days.

A flat session for iron ore saw Australia’s heavyweight miners trade mixed in overseas action. BHP’s UK-listed stock rose 0.59 per cent, while its US stock declined 0.15 per cent. Similarly, Rio Tinto gained 0.22 per cent in the UK, and shed 0.33 per cent in the US. The spot iron ore price at China’s Tianjn port was steady yesterday at $US118.10 a dry tonne.

Oil was boosted by progress in trade talks and reports that Britain wants European Union support to protect shipping in the Persian Gulf. Brent crude advanced 57 cents or 0.9 per cent to $US63.83 a barrel.

Silver again outperformed gold as a strengthening US dollar weighed on metals. Silver settled 6.5 cents or 0.4 percent ahead at $US16.48 an ounce, its seventh gain in eight sessions. Gold settled $5.20 or 0.4 per cent weaker at $US1,421.70 an ounce.

Nickel fell further from last week’s 13-week peak during a mixed session for industrial metals on the London Metal Exchange. Nickel dropped 0.9 per cent, copper 0.8 per cent and tin 1 per cent. Aluminium was unchanged. Lead added 1.1 per cent and zinc 0.6 per cent.

On currency markets, the dollar dipped almost half a cent to 70 US cents as the greenback was boosted by trade chatter and the federal debt deal.

Looking ahead, manufacturing and services reports are due an hour before this morning’s market open. Europe and America have the same reports scheduled later tonight. A slew of companies are due to report earnings in the US tonight, including Facebook, Ford, Tesla, AT&T and Caterpillar.