What’s behind China’s ban on cryptocurrencies

China has implemented a ban on trading cryptocurrencies, as well as the process of crypto mining which has been criticised for its intensive energy use. 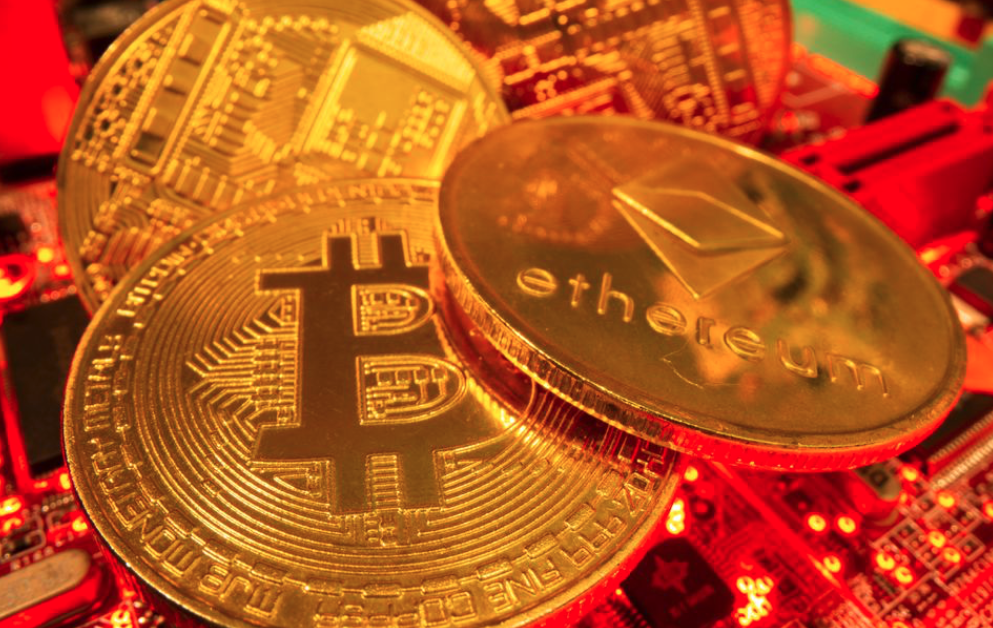 China has implemented a ban on trading cryptocurrencies as well as the process of crypto mining which has been criticised for its intensive energy use.

The decision comes as Beijing is rapidly moving to cut energy consumption across the country and the People’s Bank of China (PBOC) pushes ahead with the development of its own digital currency.

Crypto-trading has been banned in China since 2019, but traders have circumvented this rule by using foreign exchanges.

This year authorities warned consumers they were not protected in the realm of digital currencies, told financial institutions not to facilitate crypto-related transactions and banned crypto mining.

The most definitive step in the crackdown came on Friday when the PBOC declared: “Virtual currency-related business activities are illegal financial activities,” and that they “seriously endanger” people’s assets.

Cryptocurrencies are decentralised virtual currencies that exist outside financial institutions’ or government control. By their very nature they are highly volatile and they have been criticised for their use in illegal activities.

China is not the only country to ban Bitcoin or other cryptocurrencies often referred to as ‘altcoins’. Algeria, Indonesia, Nepal and Turkey have all banned Bitcoin or other altcoins, and Egypt’s Islamic advisory body Dar al-Ifta has issued a decree labelling Bitcoin as “haram”, or forbidden.

On the other hand, El Salvador, one of the poorest nations the Americas, has made Bitcoin legal tender alongside the US dollar. Several other countries are pushing forward with plans to regulate and adopt digital currencies.

China at the forefront of developing CBDCs

A Central Bank Digital Currency (CBDC) virtual money that is issued and backed by a central bank.

In April 2020, the PBOC became the first central bank in a major economy to pilot a CBDC. The digital yuan (e-CNY) pilot began in four cities and was expanded to 28 cities in August that year. In July this year, the PBOC flagged it was preparing to trial the digital yuan with foreign visitors at the Beijing Winter Olympics in February 2022.

The environmental impact of crypto mining

In preparation for the Winter Olympics, China has also launched its ‘Blue Skies Campaign’ and is cracking down on emissions in several industries.

The campaign is reminiscent of a series of measures put in place ahead of the 2008 Beijing Olympics when half the city’s cars were pulled off the road, certain factories shut and other plants told to reduce emissions by nearly a third.

More broadly, China’s economic agency said it was imperative to stamp out the energy-intensive process in order for the country to meet its emission reduction goals, Bloomberg reported.

Crypto mining is the process of validating a cryptocurrency transaction and uses powerful computers to solve complex mathematical problems. The first person to do so receives payment in the token. But the competitive nature of validating transactions can translate into excessive energy consumption from many miners working on the same problem simultaneously.

In April this year, researchers from Cambridge University told the BBC that Bitcoin mining consumed more electricity than Argentina. The researchers claimed if Bitcoin was a country, it would be within the top 30 energy users in the world.

In the recent past, China was a hotbed for crypto mining. Data from Cambridge University’s Bitcoin Electricity Consumption Tacker showed that in 2019 China accounted for more than two-thirds of the bitcoin hashrate, a measure of the aggregate computing power involved in bitcoin mining at any given time.

As authorities in China tightened restrictions on cryptocurrencies, crypto mining in the country declined. By April this year, the hashrate attributable to China had fallen to 46 per cent, with the majority of that generated in Xinjiang province, followed by Sichuan and Yunnan provinces.

In subsequent months authorities in China progressively cracked down on bitcoin mining in different provinces and issued a final warning on Friday that the practice is now illegal.

Beijing’s commitment to cut emissions has also hit several other industries. On Sunday, several suppliers of Apple, Tesla and other corporations reported they had been told to halt production for the week. This directive may worsen supply chain pressures on the automotive and tech industries.

Additionally, the impact of cuts to steel refining in the world’s largest producing nation has reverberated around the world. Prices for iron ore, a product key to steel production, have bottomed out below production cost, prompting several Australian producers such as GWR Group (GWR) and Venture Minerals (VMS) to halt operations.