Where is Australia’s head at when it comes to rare earths? The company, which has more-than received media attention since its scrapped Wesfarmers deal, released its full year results from the 2019 financial year this morning.

Net profits during the period reached $80 million, a massive uptake from the previous financial years $53.1 million.

According to the company, operations achieved massive uptakes for record production of the rare earth resources.

“Our ability to produce NdPr at the higher Lynas NEXT rates was proven ahead of schedule, and we introduced new separated Nd and Pr products as part of our product range,” Amanda continued.

‘Nd’ and ‘Pr’ stand for neodymium and praseodymium, the two biggest players in rare earth elements. The company’s ‘NEXT’ program was attributed to the success of increasing NdPr output by 300 tonnes per year in 2018.

According to this morning’s release, the company’s record output of NdPr reached 5898 tonnes.

However, a “volatile” market stopped the company from reaching full potential, causing for its earnings before interest to fall short of last year’s performance at $100.7 million.

“Significantly, these improvements were achieved in a year that presented some extremely challenging regulatory and market conditions,” Amanda said.

When Amanda refers to regulatory challenges, she’s talking about the almost non-stop political and social pressures faced in Malaysia.

“As announced on 16 August 2019, we are very pleased that the Malaysian government has renewed the operating licence for the Lynas Malaysia plant and followed the recommendations of its own scientific review committee,” she said.

“Subject to meeting specified conditions over the next six months, this renewal provides a clear pathway for our continued operation.”

Lynas’ materials that are shipped to Malaysia have faced scrutiny over the year for talks of radioactive waste — prompting the company to seek land in Western Australia for a solution to remove radioactive levels.

Removing radioactive traces was one of the stipulations placed on the company by the Malaysian government to renew business. Lynas’ approach to the solution is part of a $500 million plan to be completed by 2025.

Currently, the majority of the world’s rare earths are processed in Asia. However, Australia is understood to have more rare earths processing projects in the future pipeline ready to go.

News also broke yesterday of America’s Pentagon finally making an official statement on intending to partner with Australia to keep a steady income of rare earths.

This expected move comes from the bubbling trade war between China and America, which could cause the country to run into troubles when it comes to processing its own rare earths.

This is particularly important as the country is well known for its defence spending, and rare earths are one of the most important resources in keeping fighter jets and new-age military technology running.

“Lynas holds a unique position as the only significant rest of world rare earths miner and producer and interest in our company has intensified following recent geopolitical and macroeconomic issues,” Amanda said today.

In closing words, Amanda stated Lynas is forecast for growth into 2025 and will solidify its position as one of the world’s preferred suppliers of resources for digital age technologies. 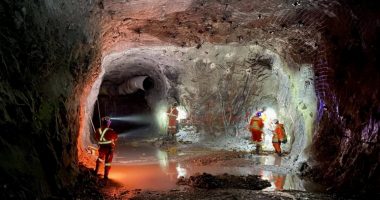 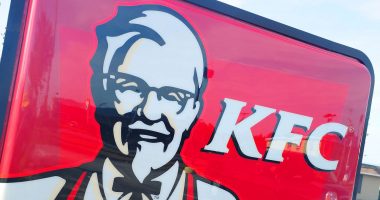