Will Douugh (ASX:DOU) rise, or is it toast? ASX newcomer Douugh (DOU) is one of the fastest-moving fintech stocks on the local share market, having tripled in value in its first month.

While all the hype among the fintech sector has been on buy now, pay later stocks, Douugh offers different services; the company brands itself as a next-generation neobank and a financial wellness platform.

Essentially, Douugh has created a mobile app designed to streamline all of a user’s budgeting and banking work in one place. The app is not yet launched in Australia.

Through the Douugh app, users will be able to keep track of and pay bills, deposit savings into different accounts, and manage their everyday banking.

But how sustainable is the model? Will people pay for this service? And does Douugh’s business plan advantages make up for the disadvantages of its plan?

The next generation neobank model

In recent years, “neobanks” have grabbed the imagination of investors around the world. In Australia, the likes of Xinja, 86 400, Volt, and many others have raised hundreds of millions of dollars in investment. The Australian Judo bank alone raised over $400m in a single round.

The promise of neobanks is to take on the majors at their own game. By developing their own technologies and cutting the waste of the big banks, neo-banks offer nimbler strategies and fatter net-income margins.

In recent months, however, some of the shine has come off the neo-bank model. For example, Volt raised one of its most recent rounds at a 50 per cent discount to its earlier valuation.

The neobank model is unproven. It’s an expensive game, and few will play.

Douugh cleverly avoids the cash requirements of the neobank model by riding on the “rails” of others. Instead of building its own core banking technologies, it partners with others. This capital-light model needs partnerships to work.

In the U.S.A., a key Douugh partner is Choice — a Tier-Two agricultural lender in Fargo, North Dakota. Smaller regional banks see their low investment support of third-party apps as a low-cost way to gain market share.

Apps such as Douugh partner these banks for access to the bank’s infrastructure with a revenue sharing agreement. The app is then responsible for marketing and the costs of customer acquisition.

The Douugh technology problem – relying on others

Though the capital-light model has a huge cash advantage — Douugh having less than one per cent of the investment of some of its peers — the business is reliant on its partners. Many of its suppliers are large global platforms.

This means there is little proprietary in the Douugh tech stack and little that can be developed that others don’t have access to as well.

But the big problem is when a business partner has a big problem; a key enabler of the Douugh U.S. platform is Plaid, a data aggregator that allows fintechs to access user data from banks.

However, the Plaid model has run into problems and is now the subject of multiple lawsuits and at least one class action alleging deceptive conduct and accessing user data. These aren’t problems of Douugh’s making. They are also not just Douugh’s problem, as Plaid supports hundreds of apps similar to Douugh. But, fixing them is a problem for any fintech that uses data aggregators.

Douugh also claims a strategic relationship with MasterCard, the details of which are unknown. The company has been contacted for more details on this agreement.

Douugh faces another problem: competition. The core Douugh product is a phone app in a crowded field called “Personal Financial Management” (PFM). Users download an app to help them budget expenses and manage their personal lives.

The sector is well-established with decades of development from players who have tried — and failed. This, of course, means there are hundreds of competing apps, and Douugh faces two kinds of challengers.

The first are the well-established free players with similar models. The second are the free apps from the big banks.

An example of a well established free player is Mint. Mint has been offering similar services since 2006. Over the past 14 years, its has amassed over 20 million users. It does all that Douugh claims its future apps will do, and its free. Its hard to compete against a free service with huge scale.

But the established banks may prove to be the biggest challenge.

It’s not possible to fully compare the Douugh app with its incumbent bank competition because the full Douugh app is not yet available. But, even the claimed functionality of the Douugh app appears to be matched by most — if not all — of the free apps available from any of the larger Australian banks and non-banks.

For example, Commonwealth Bank customers using the CommBank app can make transfers, set up new accounts, manage payments, create recurring transfers, and track spending and bills all through the bank that holds their funds.

Latitude, a large non-bank lender, goes a step further and gives users the ability to set up digital MasterCards and Visa cards through its completely free platform.

The wide range of competitors with established user bases running often into the millions drives possibly the greatest challenge for Douugh – its business model.

Douugh’s capital-light model means it needs to split revenues, which in turn means the fees it receives from transactions will be very low. In addition, the Australian regulatory environment is different to that of the U.S. and the costs of accessing bank data under open banking may be very high.

Which means that the economics of a stand-alone free app are challenging, and the possibility to charge for an app that is provided for free by large banks to their millions of customers is limited.

Despite the technology, competition and business model headwinds, the expectations of the Douugh app are sky-high.

This is partly because of uncritical coverage from some business commentators. For example, the Australian Financial Review has written about Douugh 18 times since December 2018. More than half of these articles focussed exclusively or primarily on Douugh. None consider the challenges the business faces.

The second driver of sky-high expectations is online media. HotCopper, the largest shareholder forum in Australia, and a community of this newspaper, in particular, has a significant number of advocates for the business.

Yet, despite this, the core challenges the business faces — and the strategic relationship with MasterCard, in particular — may not have been explored.

The business currently has no revenues, no android app, no Australian app and an unknown number of U.S. trial customers. It has significant competition, low barriers to entry, a U.S. technology partner facing legal challenges, and an evolving regulatory model in Australia.

Yet, with a market capitalisation today of $177 million, the business appears to be priced for perfection. 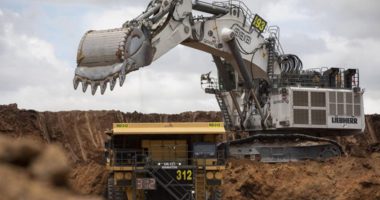 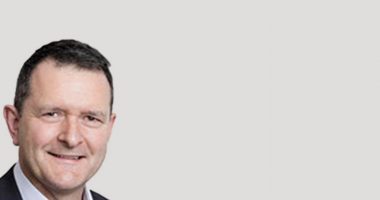