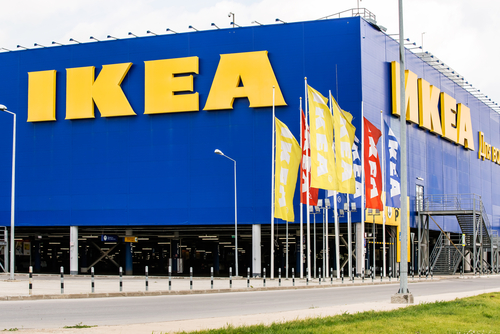 FlexiGroup climbed 23 per cent in the ASX today after announcing an entrance into Myer, Ikea and JB-Hifi NZ retailers.

Purchases through the app up to $2,000 are given a grace period of six to 60 months. Purchases over $2,000 are able to be repaid within two-and-a-half months to five months.

“Consumers are demanding to have greater control over their finances, and Humm gives them the ability to finance the little things and the big things in a way that helps with affordability and managing their household budget.

“The addition of these leading brands across our target verticals reinforces the strength of Humm’s offering – bringing new growth opportunities to retailers and delivering a unique and compelling user experience direct to consumers,” said James.

The company’s previous similar ventures were named Certegy Ezi-Pay and Oxipay, before humm was unveiled earlier this year in February.

Around the same time, Rebecca James was appointed as CEO and veteran investor John Wylie pumped $21.5 million into the company through venture capital Tanarra Capital.

Humm is available in over 62,000 businesses with a reported customer based of over 1.2 million across Australia, New Zealand, and Ireland.