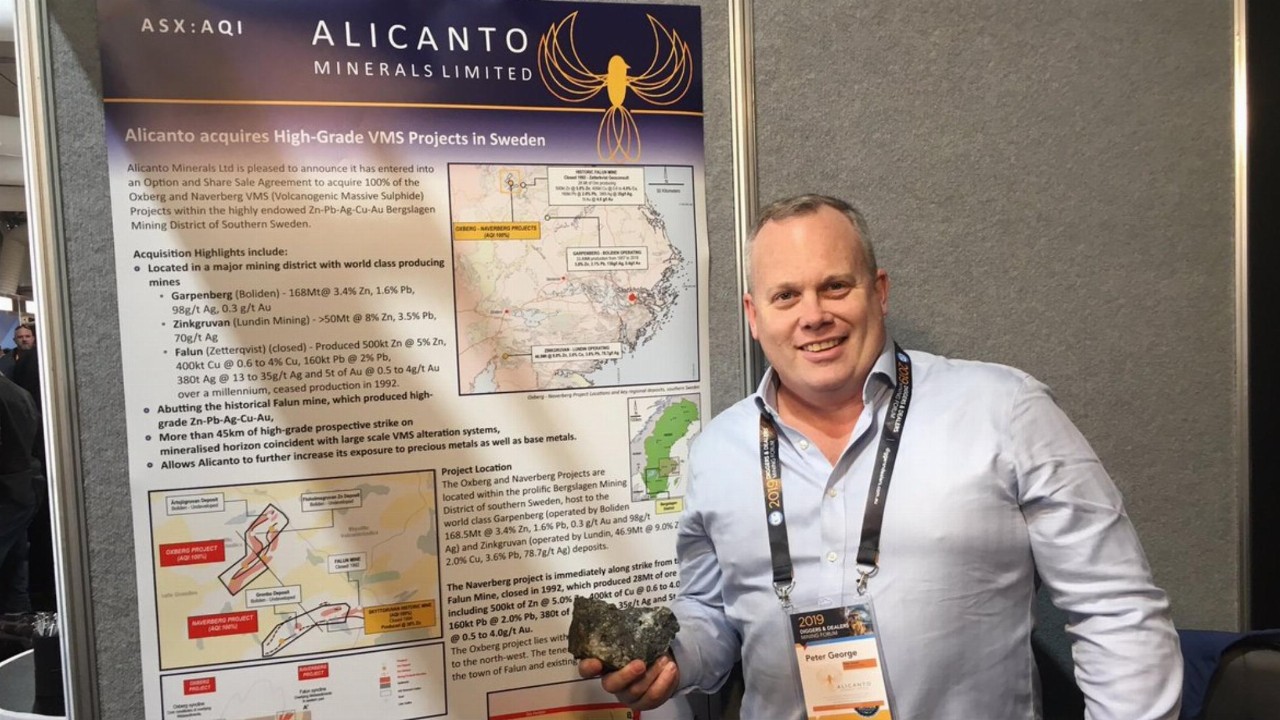 Alicanto Minerals (AQI) has intersected up to 348 grams of silver per tonne (g/t) from the Sala Silver Lead Zinc Project in Sweden.

Historically, Sala has produced more than 200 million ounces of silver at an estimated grade of 1244g/t silver and local grades reported as high as 7000g/t silver.

Mining stopped in 1908 and no deep drilling has been completed.

Three holes have been drilled at the project to date with results received for one and pending for the remaining two.

Drilling was undertaken to test the down dip and strike extensions of the Prince Lode which has intersected up to 1034g/t silver, 10.4 per cent zinc and 2.4 per cent lead.

Results from the first hole have confirmed two significant high-grade zones that represent a down-dip continuation of historical intercepts.

Managing Director Peter George is pleased with the grades intersected so far and is looking forward to receiving the rest.

“We could not have hoped for a better start to our drilling program. The grades are exceptional and support our belief that there is a lot more mineralisation to be found at Sala,” Mr George said.

“With the second and third holes showing very similar characteristics to this first hole, we are looking forward to more assays over the coming weeks.”

Diamond drilling is continuing with two rigs operating to target the Sala mineralisation.