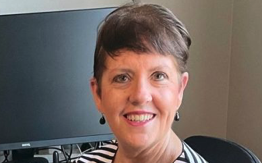 AMP (AMP) has iterated the need for a conservative approach as it halts its interim dividend, posts a boost in profits and marks out its AMP Capital Private Markets demerger as a “core priority.”

The financial giant reported a 57 per cent increase in underlying net profits after tax (NPAT) of $118 million, which was primarily driven by AMP’s 76 per cent spike in banking earnings.

The company’s wealth management and capital markets arms proved thorns in its side over the period, with underlying NPAT falling 17.2 per cent and 18.2 per cent respectively over the half-year.

Weaker performance in its wealth management sector was attributed to “impairments in the carrying value of equity investments” and lower revenues stemming from legislative and pricing changes.

AMP Capital cashflow outflows nearly doubled to $6.7 billion as the company looked to shed assets ahead of its proposed demerger, with assets under management in the business standing at $187.2 billion.

Provided it receives approval from shareholders, AMP’s private markets division will be hosted within a new entity and list on the ASX in the first half of 2022.

According to AMP, the move is hoped to “create a more focused business” and make the company “better equipped to pursue growth opportunities in its existing real assets capabilities and expand into new adjacencies”.

In line with the AMP board’s “conservative approach” until its AMP Capital Private Markets demerger, the company has elected not to pay investors an interim dividend.

She said the company was starting to see positive signs of growth and innovation, and was focussing on rebuilding trust with its shareholders and customers.

AMP has paid out $35 million to customers under the inappropriate advice program and $175 million under the fee for no service program.

Looking ahead, Ms George said wrapping up the demerger was a core priority.

“Our business has had a stronger first half financially, we have demonstrated our commitment to deliver our strategic priorities of reshaping and simplifying the business,” she said.

“We’ve set out a clear timeline to establish and separate the AMP Capital Private Markets business this year, and complete the demerger in 1H 22.”