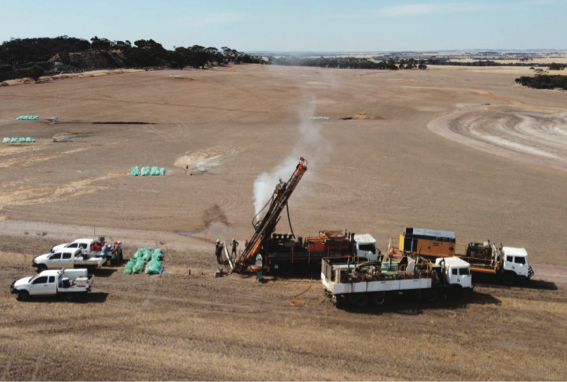 Ausgold (AUC) has updated the market regarding ongoing exploration at its Katanning Gold Project in Western Australia.

Katanning lies 275 kilometres southeast of Perth and covers over 4000 square kilometres of the Katanning Greenstone Belt in the Yilgarn Craton.

Both reverse circulation (RC) and diamond drilling is continuing with work extending the gold mineralisation at the Central Zone.

Ausgold has recently drilled four diamond holes for 650 metres and 52 RC holes for 7201 metres, at Jinkas South, to test the continuity of the lode.

These results show the continuity of the gold mineralisation along strike and south beyond the resource upgrade.

Further drilling is now underway to test east of the current work where the lode is likely to extend.

Two diamond holes for 553 metres and 11 RC holes for 2202 metres have been drilled at Olympia to determine the northern extensions of the deposit.

“New RC and diamond drilling at the Central Zone, Jinkas North and Olympia all highlight the potential to further add resource ounces beyond the recent 1.54 million ounce resource upgrade.”

Drilling is now being undertaken at the Rifle Range zone to target the untested 2.5 kilometre strike.