Aussie stocks hit the highest level since 2008 as financials surge 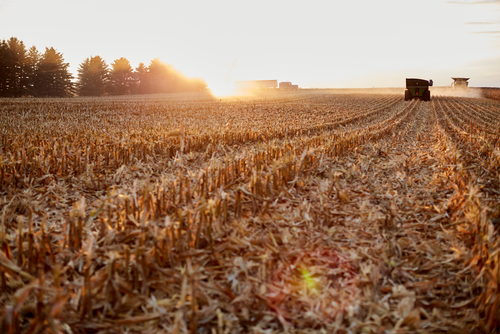 A post-election relief rally swept Aussie shares to an 11-year high as traders snapped up companies expected to benefit from the Coalition victory.

The ASX 200 surged 110 points to a level last seen in January 2008 before easing to a mid-session gain of 104 points or 1.6 per cent at 6469. The rally was fuelled by rises in banks, health funds, mortgage brokers and other companies tipped to gain from the Coalition’s ‘light-touch’ regulatory stance. The Labor Party, which had been widely expected to win Saturday’s federal election, had promised to toughen banking regulations, scrap negative gearing and ban trailling commissions on mortgage advice.

Australia’s largest company by market capitalisation, CBA, jumped 5.8 per cent to its highest point in 15 months. Westpac put on 7.9 per cent, NAB 7.2 per cent and ANZ 7.2 per cent.

Health funds NIB and Medibank Private were the best performers on the index, both rising more than 10 per cent as the threat from Labor’s plan to cap fee increases at two per cent for two years evaporated. NIB soared 12.1 per cent and Medibank 10.9 per cent. Private hospital group Ramsay Health Care added 6.7 per cent.

Labor’s policy on negative gearing had weighed on the outlook for property. Among today’s advances were online advertiser REA Group, up 3.6 per cent, property group Stockland, up 4.3 per cent, and Domain Holdings, up 1.6 per cent.

Not all companies caught a lift from the Coalition win. Renewable energy company Infigen slumped 4.3 per cent. Companies tipped to benefit from increased childcare subsidies under Labor also lost ground: G8 Education fell 2.5 per cent and Think Childcare 1.5 per cent.

Most of the excitement in the market came at the big end today. At the speculative end, medicinal cannabis company IDT rose 7.5 cents or 52 per cent after announcing it had been granted a licence to manufacture in Australia.

On currency markets, the dollar rose more than half a cent. The Aussie was lately up 0.7 per cent at 69.1 US cents.

Domestic issues overshadowed developments abroad. U.S. stocks retreated on Friday amid reports that trade negotiations with China have ground to a halt. The S&P 500 dropped 0.58 per cent, but futures rallied this morning despite a mixed session in Asia. S&P 500 futures were recently ahead 10.5 points or 0.4 per cent. China’s Shanghai Composite sagged 1 per cent and Hong Kong’s Hang Seng 0.7 per cent, but Japan’s Nikkei added 0.3 per cent.

Turning to commodities, oil kicked higher after a missile landed near the U.S. embassy in Baghdad yesterday. The incident was the latest in a series of incidents escalating tensions between Iran and U.S. allies in the Middle East. Texas crude futures advanced 83 cents or 1.3 per cent this morning to $US63.59 a barrel.