Under the relaxed rules, Australians can return to Victoria or New South Wales from overseas without the need to undergo hotel quarantine. 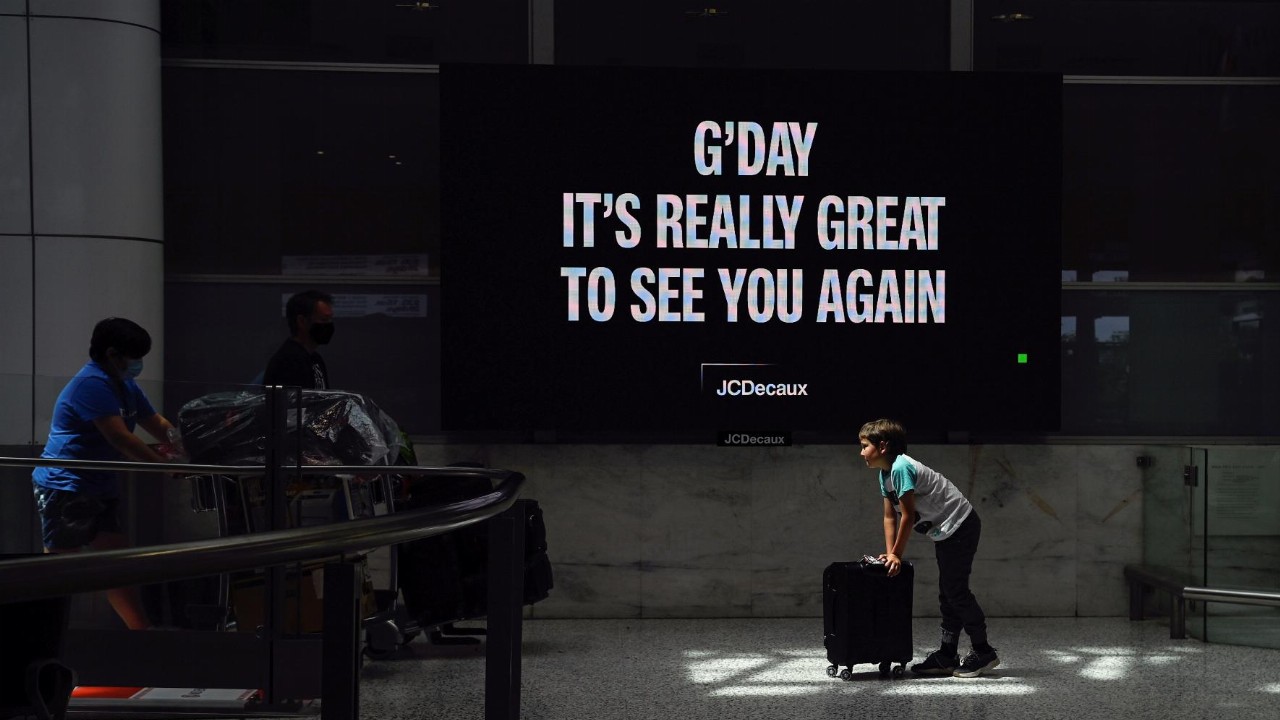 Australia has eased its strict international borders for the first time in almost 600 days, with fully vaccinated residents now allowed to fly to and from the country without an exemption.

The relaxed rules are, at this stage, only for Australian citizens, permanent residents, and their immediate families, but it marks the first time restriction-free travel has been allowed since March 2020.

With Australia’s vaccination rate climbing, wilful travellers can now fly overseas, and Australians that have been stuck overseas during the pandemic can return to certain parts of the country without needing to undergo hotel quarantine.

We’d like to wish 🇦🇺’s that are flying today a safe trip. #ICYMI check out our Global COVID-19 Health Advisory for helpful information for travelling during this time. https://t.co/fjwZA4pdeP #SafeTravelsAustralia #beinformed #beprepared pic.twitter.com/EapGprJm4K

In light of the new rules, a Qantas plane from Los Angeles touched down in Sydney at 6:00 am local time. A flight from Sydney to London via Darwin will depart this evening to mark the first international flight to take off under the relaxed rules.

Qantas chief Alan Joyce said this day had been a “long time coming” for Australians.

“It’s wonderful to see Australians able to reunite with loved ones after such a long time apart,” Mr Joyce said.

He said it had been a particularly tough time for the Qantas international crew, of whom many needed to be stood down amid the lack of flights to and from Australia over the course of the pandemic. Mr Joyce said the national carrier was in the process of standing up its Australian team.

“We are back in the air earlier than anticipated thanks to the millions of people who turned out in droves to get vaccinated,” he said.

“This made it possible for the Federal, and NSW and Victorian governments to open up Australia’s borders and remove quarantine requirements for fully vaccinated travellers.”

Still, the relaxed travel rules do not apply to all of Australia; only New South Wales and Victoria states and the Australian Capital Territory are allowing quarantine-free travel to and from for fully vaccinated Australians.

With international flights ramping up, Qantas shares were up 3.74 per cent and trading at $5.55 each at 1:58 pm AEDT.