The Australian Bureau of Statistics (ABS) has reported the loss of 211,188 people from the national workforce in the past month. 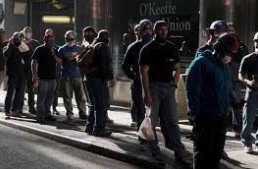 The Australian Bureau of Statistics (ABS) has reported the loss of 211,188 people from the national workforce last month.

The data collected from the first two weeks of the month was reflective of COVID-19 lockdowns in New South Wales, Victoria, Queensland and the Australian Capital Territory, in addition to changes to restrictions in other parts of Australia.

New South Wales reported the larges loss of jobs, a total of 173,000 since the lockdown began in June.

“The relatively large fall in unemployment, which accounted for around 13 per cent of the 168,000 person fall in the total labour force, meant that the unemployment rate fell by 0.1 percentage points to 4.5 per cent,” Mr Jarvis said.

In August, roughly 66 million hours of work were lost as total hours worked continued to fall.

“There are always some employed people who are temporarily working reduced hours or no hours in a given month, but the current wave of lockdowns has seen this become more common,” Mr Jarvis said.

“Compared with August 2019, there were an extra 1.2 million employed people who worked reduced hours for economic and other reasons in August 2021, including 532,000 who worked no hours for those reasons.

The September edition of employment data will be released on Thursday, 23 September 2021.