Australian Strategic Materials (ASM) is set to pocket a $340 million investment from South Korean investors in return for a 20 per cent stake in its Dubbo Project.

The critical metals company said this morning it had signed the conditional framework for the investment with a consortium of high-profile investors.

The investment deal also comes with an offtake agreement for the neodymium-iron-boron (NdFeB) alloy product to be produced from ASM’s Korean Metals Plant (KMP) in Ochang, South Korea.

Under the deal, three South Korean private equity firms — namely Cerritos, Kamur Partners and ACE Equity Partners — will pay US$250 million (A$340 million) to control 20 per cent of the ASM subsidiary that acts as the holding company for the Dubbo project.

ASM plans to develop the Dubbo project to become a major global supplier of rare earth minerals such as zirconium, niobium, tantalum and yttrium. The major investment from the South Korean consortium creates a pathway for ASM to develop this project, according to the company.

What’s more, the neodymium oxide that ASM plans to produce from the Dubbo project will become the primary source of feed into the Korean Metals Plant, which is currently under construction.

ASM will use this feed to create NdFeB alloy products from the plant.

The offtake segment of today’s investment deal will then see MagnetCo buy up to 2800 tonnes per annum of NdFeB from the Korean Metals Plant.

“We are delighted our new South Korean partners have recognised the mutual value of the strategic investment opportunity represented by our integrated manufacturing capability that offers a new, cleaner source of critical metals and alloys to a rapidly expanding market,” Mr Woodall said.

“Cementing our ties with South Korea’s advanced manufacturing sector represents an incredible opportunity to create value from our Dubbo Project.”

Kamur Partners CEO Jerry Kwan said the Dubbo project was a “strategically important project” for both Korea and Australia.

ASM by the numbers 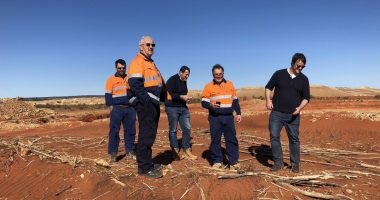