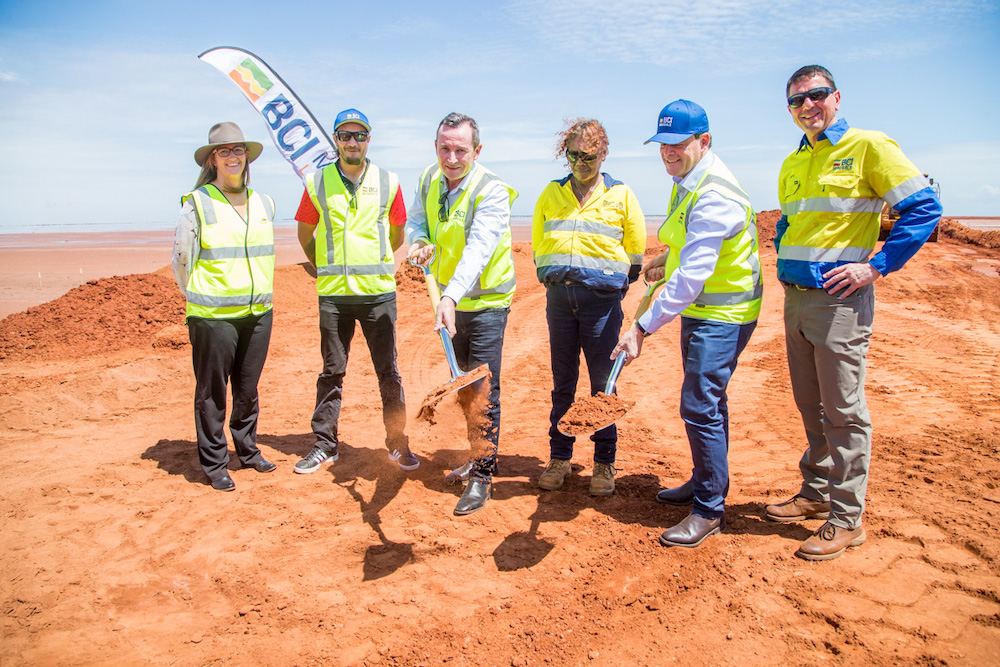 BCI’s Non-Executive Chairman, Brian O’Donnell, said: “After many years of project de-risking, studies and approvals, construction commencement is an exciting milestone on the path of creating Australia’s largest solar salt project that will rank third in scale globally.”

BCI has confirmed that SRG Global (SRG) will continue with the Mardie construction contract for walls and levees for salt ponds. The contractor for the seawater intake facility is Ertech Geomarine.

BCI is anticipating the current inflationary pressures on construction inputs such as fuel, labour, transport and equipment will lead to increased capital cost for the project. At the same time, it notes the increases in salt and sulphate of potash (SOP) prices since the project’s feasibility studies completed last year.

“It is our expectation that even with these increasing cost pressures, the Mardie project financial returns over multiple decades will remain attractive,” BCI’s Managing Director, Alwyn Vorster said.

An updated estimate of total project capital cost and projected financial returns is expected to be released before June 30.