BHP Group (BHP) has fallen short of its iron ore production estimates for the March quarter due to labour shortages.

The mining giant produced 66.7 million tonnes in the first three months of 2022, which is down from the 73.9 million tonnes recorded in the previous quarter.

According to the company, there is a shortage of train drivers in WA as a result of the COVID-19 pandemic.

Due to the labour shortage, BHP is expecting its June quarter will also be impacted. However, if it can match the export tally it set in the June quarter of 2021, the iron ore division will reach its target.

Meanwhile, BHP has lowered its full-year nickel production guidance by 10 per cent.

The company also saw a number of staff challenges in Chile, due to COVID-19 quarantine regulations and public road blockades, which prompted it to lower its full-year copper production by about eight per cent.

“Market volatility and inflationary pressures have increased further as a result of the Russian invasion of Ukraine. We continue our work to mitigate cost pressures through a sharp focus on operational reliability and cost discipline. While we expect conditions to improve during the course of the 2023 calendar year, we anticipate the skills shortages and overall labour market tightness in Australia and Chile to continue in the period ahead.”

Yesterday, Rio Tinto also saw a drop in its iron ore shipments in the first three months of this year. 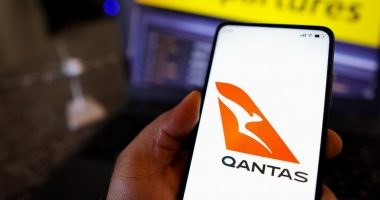 As international travel begins to ramp back up in the aftermath of COVID-19 border closures, Qantas…