Speaking at the White House on Tuesday, he sought to cast the departure as a logistical success that would have been just as messy if it had taken places weeks earlier. 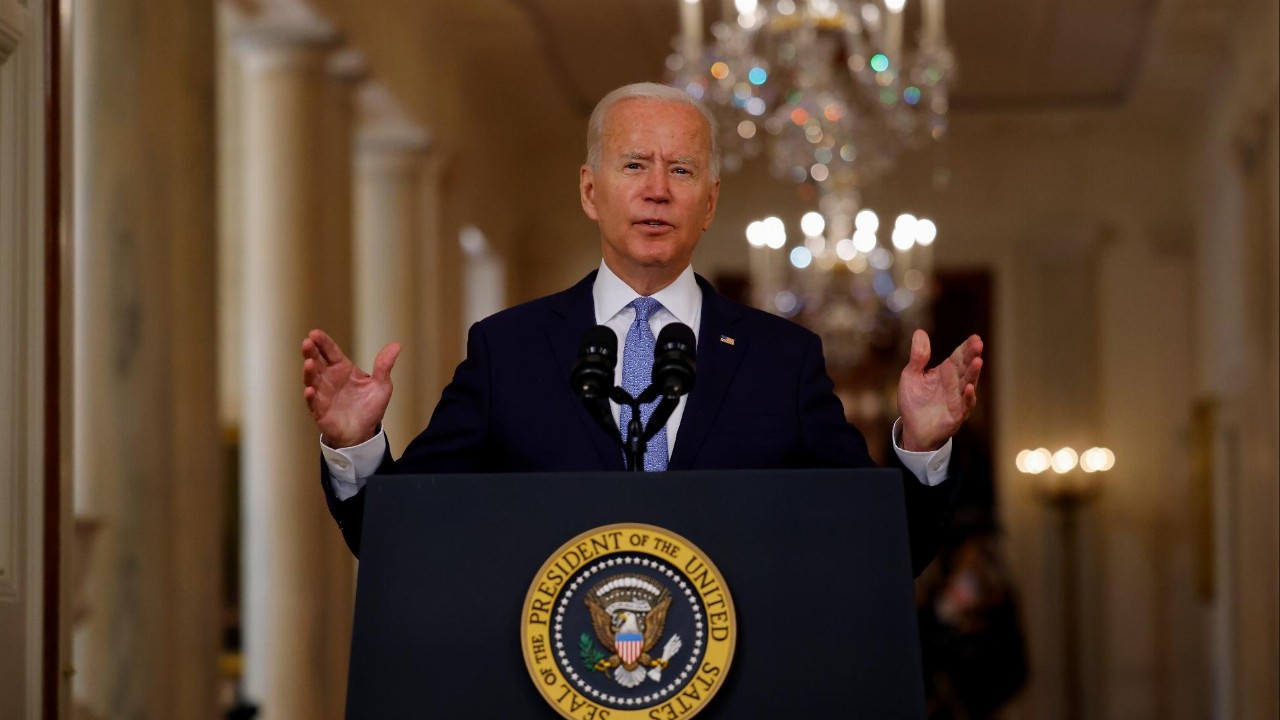 Facing harsh criticism over his handling of America’s withdrawal from Afghanistan, US President Joe Biden said it was the best available option to end both the 20-year war and decades of failed efforts to rebuild other countries using military force.

Speaking at the White House on Tuesday, he sought to cast the departure as a logistical success that would have been just as messy if it had taken places weeks earlier, while staying in Afghanistan would have required committing more troops.

“I was not going to extend this forever war, and I was not extending a forever exit,” he said.

Roughly 5500 Americans have been evacuated, and Biden noted that the US has leverage over the Taliban to ensure the remaining 100 to 200 others could also leave if they wanted.

He also said the US would continue to target militants in the country who posed a threat to America, but added that military force would no longer be used to build cohesive, democratic societies in places that have never had them.

The Taliban, which took control of Afghanistan earlier this month, celebrated their victory by firing guns into the air and parading coffins draped in US and NATO flags.

The group now controls more territory than it did when it last ruled, before being ousted in 2001 at the start of what would become the United States’ longest war. It would go on to claims the lives of 2500 American troops and an estimated 240,000 Afghans at a cost of around US$2 trillion (A$2.73 trillion).

Continuing his remarks, Biden said the only other option would have been to step up the fight and continue a war that “should have ended long ago,” and that starting the withdrawal in June or July — as some have suggested — would have only accelerated the Taliban takeover.

Still, his decision is far from popular. Around 51 per cent of Americans disapprove of his approach while just 38 per cent supported it, according to a poll by Reuters and Ipsos.

“We are less safe as a result of this self-inflicted wound,” he said.

Taliban spokesman Zabihullah Mujahid said the group is keen to establish diplomatic relations with the world, but Germany maintains they will need to establish an inclusive government if they are to receive aid.

“If we are starting to put conditions and stopping this engagement, we are going to leave a vacuum, and the question is, who is going to fill this vacuum?” he said.

While no country has yet recognised the Taliban as the country’s official government, the group has held discussions with members of the previous administration and plans to unveil a full cabinet soon.