Speaking at the White House, Biden stressed the US was racing to achieve its targeted exit date as concerns mount over the threat of militant attacks. 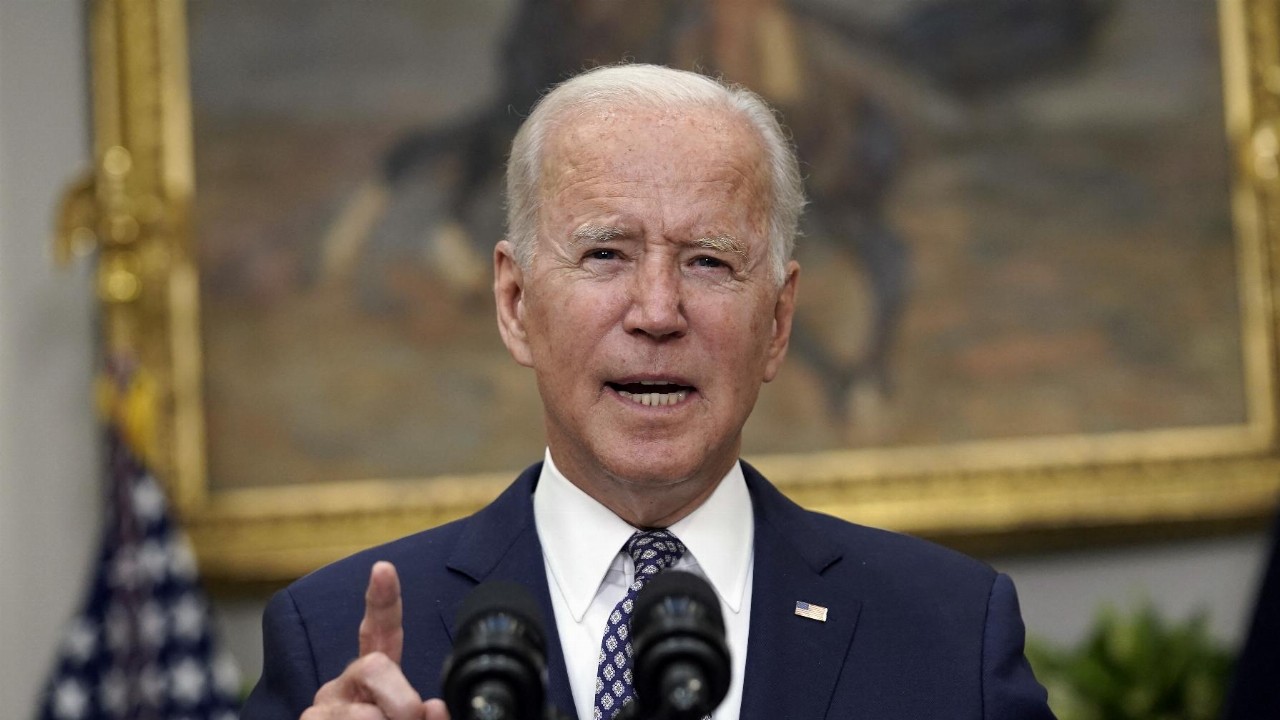 US President Joe Biden said on Tuesday the US was on track to meet its Afghanistan evacuation deadline on August 31, but added that reaching that goal was dependent on continued co-operation from the Taliban.

Speaking at the White House, Mr Biden stressed the US was racing to achieve its targeted exit date as concerns mounted over the threat of militant attacks.

“The sooner we can finish, the better,” he said. “Each day of operations brings added risk to our troops.”

Sustained co-ordination with the Taliban, which maintains that all foreign evacuations must be completed by August 31, remained crucial to meeting the deadline, Mr Biden added, calling it a “tenuous situation” with a “serious risk of breaking down as time goes on”.

Both the Pentagon and the State Department have been asked to develop contingency plans to push past the cut-off date should it be necessary.

While US forces have helped to rescue 70,700 people from Afghanistan since August 14, Mr Biden’s administration has faced intense criticism for its handling of the withdrawal. It’s now working to rebuild a system for processing refugees that Mr Biden claims was “purposely destroyed” by his predecessor Donald Trump.

Speaking on condition of anonymity, two US officials said there was growing concern about suicide bombings by Islamic State at the airport in Kabul, which has been overwhelmed by Afghans and foreign citizens trying to flee.

One official said it was no longer a matter of if, but when, militants would attack and that the priority was to get out before it happened.

While the Taliban said the thousands of Afghans trying to escape had nothing to fear and should go home, spokesman Zabihullah Mujahid added that the group had not agreed to an extension of the August 31 deadline and called on the US not to encourage Afghan people to leave their homeland.

Still, some Democrats in the US Congress argue that evacuations must be completed regardless of the target date.

“To me, the mission of evacuating personnel takes priority over deadlines,” said Representative Jake Auchincloss, a former Marine who commanded infantry in Afghanistan.