This is the first phase of drilling in the Bryah Basin that the company is planning to undertake between March and June.

These programs are a continuation of extensive exploration and target generation work completed by Bryah since 2017.

The aim of the AC drilling program is to test the large geochemical anomaly located at Windalah East, and test for extensions to gold mineralisation intersected in previous drilling programs at the Jupiter and Mars Prospects.

The Bryah Basin Project is located approximately 100 - 150 kilometres north of Meekatharra in Western Australia and covers an area of 880 square kilometres.

The project is home to a number of historical manganese and gold mines.

The main objective of the aircore program is to test the large Windalah East geochemical anomaly (WEGA).

This anomaly was discovered in 2018 by 500 by 500 metre multi-element soil sampling. This was followed up by 250 by 250 metre in-fill sampling to verify the scale of the anomaly.

The WEGA is characterised by anomalism in a number of pathfinder minerals which include antimony, selenium, tellurium and arsenic.

Potential of an anomaly has further been upgraded by recent mapping in the area which has revealed widespread sericite-pyrite alteration.

Bryah is aiming to define a bedrock anomaly that can be used to design future drilling campaigns to target gold-copper mineralisation that is similar to the nearby copper mines of Degrussa and Horseshoe Lights.

A program of four traverses, 320 metres apart and 800 metres long, will be drilled to the top of fresh rock to planned depths between 80-100 metres.

A the Jupiter Prospect historical drilling completed in 1994 intersected an area of significant copper and gold anomalism.

The best results were recorded from a RC drill hole which intersected nine metres at 10.32g/t gold from 19 metres.

Seven holes were drilled by Bryah in 2018 at the Jupiter Prospect to test a co-incident electromagnetic (EM) conductor.

Drilling intersected a sulphide rich zone in one of the holes, consisting of coarse and fine-grained massive, disseminated and imperfect concentrations of pyrite.

However, this hole was abandoned at 246 metres due to wet sample recovery.

Bryah is planning to drill test the area with up to five lines of drill holes to depths of 100 metres deep.

Previous exploration at the Mars Prospect has identified anomalous gold mineralisation over a 500 metre strike length.

Several RAB drill traverses and limited follow-up RC drilling were completed with results of up to 12 metres at 2g/t gold from 14 metres reported.

In April, Bryah is planning to drill test several manganese target areas such as the Brumby Creek, Black Hill, South Manganese Mine and Cheval Prospects.

While this drilling will be managed by Bryah it will be fully funded by OM Manganese as part of the Bryah Basin Manganese Joint Venture.

Additional drilling, based on the results of these programs, is expected to occur in the second half of 2020. 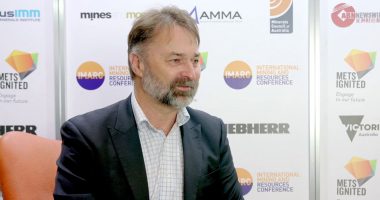 Australian junior gold explorer Navarre Minerals (NML) is the latest company to claim the COVID-19 pandemic has had no “direct impact” on business. 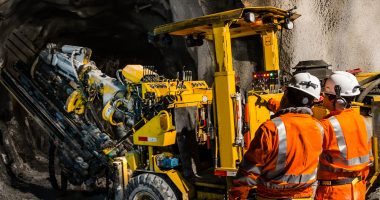 Oklo Resources (OKU) has intersected more than 100 grammes per tonne of gold from its Dandoko Project in west Mali. 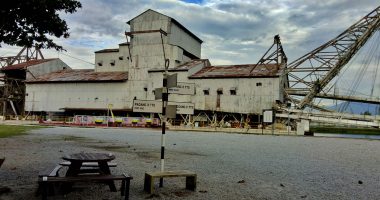 Australian rare-earths mining company Lynas Corporation (LYC) has had to extend its production halt at its industrial hub in Malaysia. 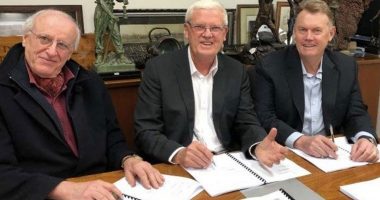