Buy Now, Pay Later: Investors should act now. Or will they pay later? 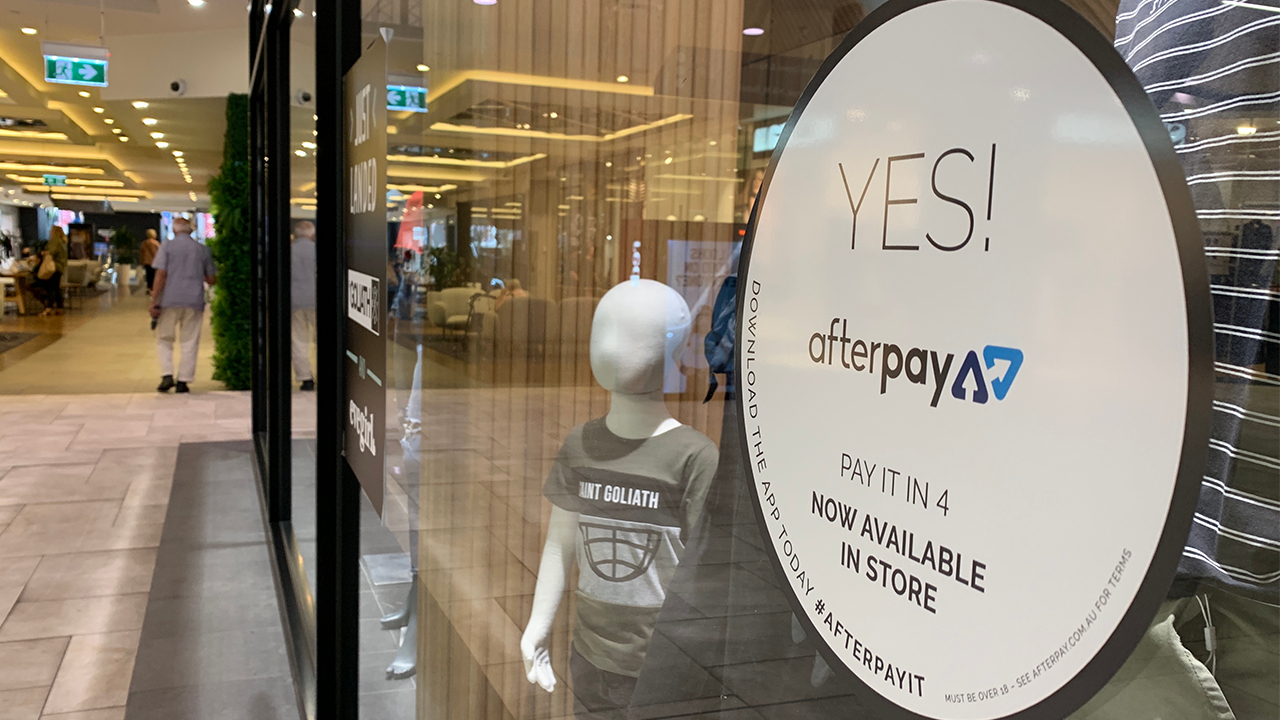 The fintech market has upstaged the rest of the ASX in 2019 as punters scramble to back the payment disruptors transforming how people buy.

Fintech stocks have started making the shift in perception from disruptors to sophisticated competitors, but the sector is plagued with uncertainty. The question remains; how long can the bull run last? Are these stocks here to stay, or will they run out of steam as quickly as they accelerated?

While fintech — the marriage of finance and information technology — covers a broad range of companies, the industry has been spearheaded over the past year by one subsection.

One stock to rule them all

It would be remiss to tell the Buy Now, Pay Later (BNPL) story without spending time with its poster-boy.

Of course, payment instalments are no new concept — mobile phone contracts, car registrations, and even braces are often paid for bit-by-bit without interest so buyers don't have to fork out a hefty sum in one hit.

What founders Anthony Eisen and Nicholas Molnar created, however, was a way to make these sorts of payments possible for staple products from popular retailers. Afterpay essentially nullifies the need for credit cards as strapped-for-cash shoppers can go into debt over their favourite products, interest-free.

Afterpay was founded in 2014 and listed on the ASX in 2016 with a $33 million IPO. Since then — with thanks to a 2017 merger with Touchcorp — the stock has skyrocketed thousandfold.

As 2019 nears its end, Afterpay shares are pushing $30. The company's market cap is nearing $8 billion. Income almost doubled from the 2018 financial year to the 2019 financial year. Growth has been substantial and consistent.

But it's still to turn a profit. Last year, Afterpay lost $24.8 million.

A field of saplings

The success of Afterpay has spawned a crop of potential competitors wanting to cash-in from the Buy Now, Pay Later market.

Zip Co (ASX:Z1P), Afterpay's largest competitor, listed on the ASX back in 2015 with a modest $5 million initial public offering (IPO). The next three years would bring consistent growth as shares climbed slowly to $1.10 each by the start of 2019. It was this year, however, that saw Zip's shares charge ahead and solidify the company as a strong stock in the Buy Now, Pay Later industry.

New York-based Splitit (ASX:SPT) kicked off a year with an ASX listing and a $60 million IPO in February. First shares were priced at just 20 cents each but wouldn't stay there for long, passing the $1 mark just one month after listing. Since then, stocks have suffered a slight decline, but the company maintains solid growth.

Currently, Splitit's shares are trading 240 per cent higher than its IPO, worth 68 cents each in a $211.84 million market cap.

However, not all new listers were able to find such quick success.

When Openpay (ASX:OPY) joined the BNPL family just last week, it was met with some steady declines. After a healthy $1.60 IPO, shares saw a sudden slump and within two days were worth $1.11 each. Now, they're trying to pull themselves back up as they trade for $1.23 — a market cap loss of $40 million,

Regulatory barbarians at the gate

Threats of regulations and increased competition are causing some market analysts to suggest punters tread with caution when buying into the BNPL hype.

Scott Gallaway, a professor of marketing at the New York University Stern School of Business, suggests that the BNPL market suffers from a lack of economic "moats".

This term, popularised by business magnate Warren Buffet as part of the investment thesis of funds such as Fidelity, refers to a business's ability to fend off potential competition through the likes of patents, proprietary technology, or other business advantages not easy to replicate.

Scott argues that there is not enough to stop major players in financing and credit card markets to build their own BNPL platforms and steal a chunk of potential consumers.

For example, Visa announced in late June its plans to break into the BNPL sector. On the back of this news, Afterpay's shares sunk 16 per cent. Splitit saw a 25 per cent decline in just three days over this period.

Scott argues that while brand identity goes a long way, as financing giants bite back and build their own BNPL portfolio he expects the value of companies like Afterpay to half over the next year.

"These stocks will likely be halved in the next 12 months as Visa rolls out its product."

However, economic moats are not the only concern for those keeping an eye on the sector.

BNPL businesses aren't subject to the same credit laws as big banks and other financing companies. The Australian Securities and Investment Commission explained this in a 2018 report:

"The responsible lending obligations in the National Credit Act do not apply to buy now pay later arrangements. This means that when providers decide whether to approve an application for an arrangement, they are not required to inquire into the consumer’s financial position, verify the consumer’s financial position or make an assessment as to whether the consumer would be able to repay the credit without substantial hardship."

Furthermore, Afterpay picked up $46.1 million over the 2019 financial year from late fees alone. Generally, late fees are the result of people not having the funds to make a payment on time.

While this accounts for 18.7 per cent of the company's yearly income, Afterpay's earnings before tax, interest, depreciation and amortisation (EBITDA) was $35.5 million in 2019. This means, on an EBITDA basis, Afterpay is only making money from those who can't afford its services.

This has sparked concern for Australian consumer regulators. The Australian Securities and Investment Commission (ASIC) launched its first investigation into Afterpay last November and found given the young user base of Afterpay services, the company could do more to act fairly with consumers — particularly to ensure users do not fall deeper into debt just to pay off products bought through Afterpay.

"There are already signs that some consumers are struggling with taking on too much debt through these arrangements."

On top of this, the Reserve Bank said it would be taking a look into the BNPL sector with regulation considerations back in its September annual report.

"The bank will consider the policy implications associated with the growth of new entrants and new business models as part of the forthcoming comprehensive review of card payments regulation."

Based on comments from ASIC and the RBA, the BNPL sector could be ripe for regulation.

Losses on a timer

While it's not unusual for a rapidly expanding business to operate at a loss, risk increases dramatically when the business model upon which the company builds its income is shaken up — by things like governmental regulations.

Investment banking company UBS brought this to light in mid-October when it downgraded Afterpay to "sell" status. UBS claimed regulations on BNPL services are looming and the business model is unsustainable. The market seemed to take UBS' word seriously, as Afterpay's shares declined almost 22 per cent in the five days after the UBS report.

However, as has been the trend for this disruptive sector, market analysts aren't strictly seeing eye-to-eye.

Analysts at Bell Potter chimed a different tune to Afterpay in the financial adviser's analyst outlook for 2019.

The analysts spoke to Afterpay's ability to rapidly add new customers in its review of the company, which it rated as a "buy" with a price target of $23.63.

"The doubling in the number of new customers added in a single month bodes well for the future outlook of the U.S. business, which now boasts over 450,000 total customers," Bell Potters' report read.

Of the sector's largest audience — adults aged between 25 and 34 — only 17.4 per cent are using BNPL payment methods. This figure is below one per cent for users over 65, and just 9.4 per cent of the total Australian population.

As such, customer numbers may not be the best indicator for the future of the sector.

Growth in the BNPL industry, while still ongoing, has become somewhat subdued since regulation talks began.

The market is anxious to see what the next year holds for the industry and if concerns for the sector — economic moats, regulations, and annual losses — bring the industry to a crashing halt or if the sector can worm its way out of trouble.

Interestingly, Afterpay has started distancing itself from the rest of the BNPL posse, claiming its services aren't in line with those offered by its key competitors. In Chair Elana Rubin's address to shareholders at this year's Annual General Meeting, she said the rest of the sector "differs considerably" from Afterpay.

"Afterpay is often — unhelpfully — grouped with other sector participants and is frequently used as the face for the buy now pay later sector. As a consequence, stakeholders sometimes misunderstand the core principles of our differentiated model."

This begs the question: is Afterpay losing confidence in the sector it helped create? 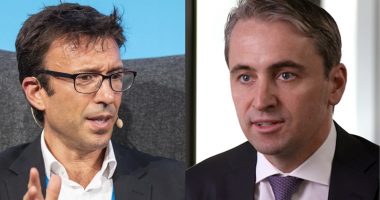 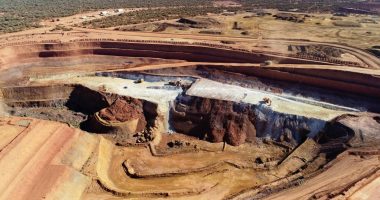 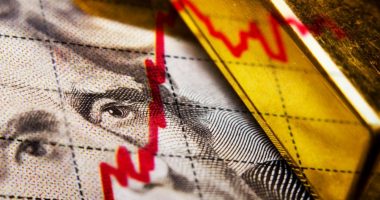