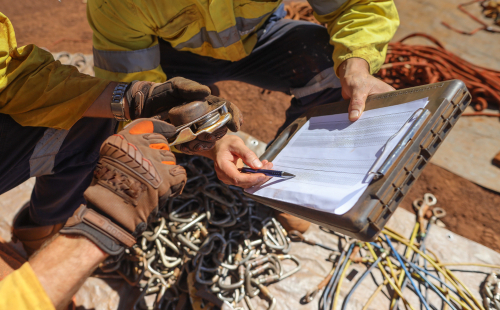 Calidus Resources has announced an update on its Warrawoona Gold pre-feasibility study in the WA Pilbara. The company completed underground studies on the Klondyke mine, prompting a 4.17 per cent bump in the market today.

Calidus is hoping to see 1.25 million ounces of gold from the project with completion of studies to be completed in July.

The company is currently weighing options for a combination of open pit and underground mining. Most recent gold grade results 2.2 million tonnes at 3.13 g/t for 220,000 ounces.

“The tailings are proposed to be thickened and dispose in a valley fill tails dam which will result in a much smaller tails dam embankment being required compared to conventional paddock dams, thereby reducing capital for this component of the study,” Dave said.

The company has also completed nearby exploration drilling for water, showing high quality water close to the processing plant.

“The drilling rig has now moved back to regional exploration and I look forward to updating the market on this as results become available, he said.

Calidus is finalising a mine design around an additional Copenhagen deposit, which recently projected 0.3 million tones of 4.65 g/t gold for 39,000 ounces.

Company shares are currently trading at 2.50 cents each in a $43.39 million market cap.