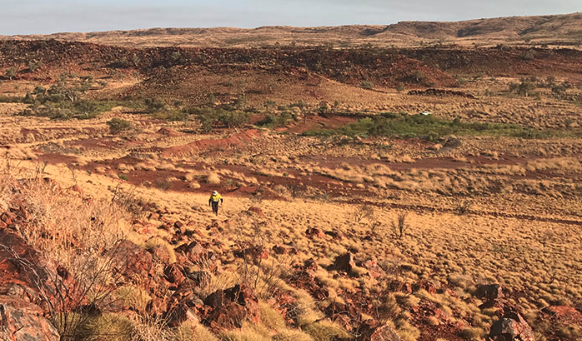 After reviewing historical reports, Castle Minerals (CDT) has confirmed base metals were previously encountered across its licence application areas at the Earaheedy Basin Project in Western Australia.

CDT is awaiting approval of five exploration licences across the Withnell and Terra Rosa sub-projects which cover a combined area of 863 square kilometres within the Earaheedy Basin Project.

The area has been explored over the past 40 years with companies searching for various styles and combinations of base metals, gold and diamonds.

In particular, work undertaken in the late 90s by a Renison and Carnegie Minerals joint venture, across the Withnell application area, identified the Sioux prospect.

Reverse-circulation and diamond drilling intersected low-level zinc and lead anomalism at the prospect as well as a lithological sequence similar to that at the nearby Chinook and Magazine zinc-lead discoveries by ASX-listed Rumble Resources (RTR).

Moving forward, Castle plans to confirm the exact collar position of the Renison drillholes through a field verification and reconnaissance exploration program.

Additionally, CDT said Rumble Resources has identified a ‘swarm’ of northwest trending structures which could have formed in a way that has influenced the distribution of mineralisation and could indicate high grade zones close to the fractures.

Without any high-definition aeromagnetic data, Castle has been unable to confirm whether structures similar to those identified by Rumble Resources are present on the Withnell licence area.

While the company believes the structure will be similar, its geologists will focus their efforts on confirming this.

Over at the four contiguous Terra Rossa applications, Castle found historic work has been carried out on a regional reconnaissance basis with limited follow-up work consisting of aircore and reverse circulation drilling.

Due to limited outcrop, Castle found that the programs generally comprised various types of regolith sampling.

CDT is encouraged by the historical exploration reports which confirmed base metal mineralisation was found across all its licence areas, indicating the region could be “fertile” for discoveries.

“Some of this anomalism also occurs at the same stratigraphic level as at the Chinook, Magazine and Sioux prospects whilst some interestingly occurs lower in the stratigraphic sequence.”

The company notes that all five of the Earaheedy region licence applications are at an early stage of the grant process and there is no certainty that the applications will be granted.