Cellmid says the acquisition is a major milestone in its growth strategy to build a profitable beauty tech company
ASX:CDY 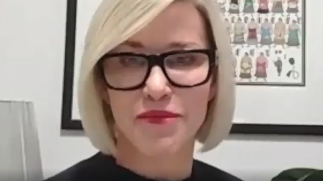 Cellmid (CDY) has penned an agreement to acquire BLC Cosmetics.

The distributor of the premium health and beauty brand will be solely acquired through a share sale agreement, made up of cash and shares in two tranches.

As part of the first tranche, Cellmid will pay $3 million on settlement, expected in late October, made up of $1 million in cash from the company’s existing cash reserves and $2 million by issuing 32,786,885 shares at 6.1 cents each.

Cellmid said the acquisition was a major milestone in its growth strategy to build a profitable, market-leading, anti-ageing beauty tech company with premium products across hair care and skin care.

BLC Cosmetics is said to be on the rise, with around $7 million in revenue. This revenue continued to grow in FY21, despite the pandemic, which it says was largely driven by its professional distribution channels.

Additionally, the company said with an expanded product range, it would be able to fully utilise its recently established e-commerce capabilities, where achieving scale is significantly enhanced by the merged product offering.

“The acquisition of BLC will enable us to effectively double our revenue immediately, progress towards profitability and achieve the necessary scale in the market to cross-sell our premium product range in our joint distribution channels,” Cellmid CEO Maria Halasz said.

Cellmid said it was fully funded and would be making cash payments related to the deal from its reserves, without any further capital raising.