CES 2021: what went down at the world’s biggest tech convention?

From the video cassette recorder in 1970 to virtual reality in 2015, the Consumer Electronics Show or, CES convention, has been the birthplace of countless cutting-edge advances in the global technology space.

A plethora of up-and-coming technology companies and industry giants utilise the tradeshow to showcase their ideas and what they have to offer the world in the year ahead.

For the first time and, perhaps rather aptly, the 2021 CES tech conference took place entirely online this year, prompted by COVID-19 induced restrictions.

"The pandemic forced us to take a step back from a traditional CES, throw out the playbook and transform how we’d bring the tech community together," explained Consumer Technology Association (CTA) President and CEO, Gary Shapiro.

"CES looks different this year, but the foundation of the show – innovation, connection, collaboration — remains strong and consistent."

5G was something of a hot topic at the convention this year, with the opening keynote address delivered by telecommunications heavyweight Verizon Chairman and Chief Executive Officer, Hans Vestberg.

Vestberg discussed how the qualities of Verizon’s 5G Ultra Wideband network had "come to life" and set a new standard for energy efficiency and reliability.

General Motors also delivered a keynote address and announced a flying taxi concept, although specifics remained up in the air.

Bosch flagged its commitments to sustainability in a bid to become the first global industrial enterprise to go carbon neutral. It announced it would focus on developing intelligent, climate-friendly solutions for health, living, industry and mobility.

LG teased a 2021 rollout of its rollable smartphone , which has a display that can extend to create a larger and more tablet-like screen.

And of course, Samsung brought along a robot that will clean your house and pour you a glass of wine.

While these are some of the bigger players, a number of ASX-listed companies also featured as exhibitors at the convention. Here's what they brought to the virtual table.

The new tech enables engineers and designers to expand their 2D monitor into their surrounding space in XR.

Vection says users will have the ability to place a virtual hologram of their model next to their PC workstation, interact with a computer-aided design (CAD) scene through mouse and keyboard or an XR controller, as well as seamlessly jump from the monitor to the hologram.

Director and Head of Global Partnerships at Vection Technologies and CEO of the Mindesk subsidiary, Gabriele Sorrento, said the company directed its efforts at breaking down barriers associated with adopting VR.

"Virtual reality (VR) has been increasingly accepted by enterprises in the past two years. However, mixed reality now offers the opportunity to reach a wider professional audience," he explained.

Nuheara (NUH) also launched the Elite Wireless Earbuds in its first collaboration with industry giant HP, which are set to be available in April this year.

The earbuds offer personalised audio tuning, adjustable noise cancellation, and sound situation presets, with the company coining them "the world’s most advanced earbuds for collaboration."

The Elite Earbuds are the first HP-branded product to be manufactured by Nuheara under its new three-year supply agreement.

Family-focussed technology developer Spacetalk (SPA) also made an appearance at the event, digitally showcasing the company and its suite of all-in-one smartphone GPS watches and app.

The company currently has its eyes on the U.S. market, which it has plans to enter this year. With this in mind, Spacetalk says it planned to utilise the event to advance discussions with senior executives from potential global partners, distributors and media content providers.

"Now is the right time to be showcasing our suite of products at CES," says Spacetalk CEO Mark Fortunatow.

"With the successful recent launch of Spacetalk Adventurer, our next generation 4G kids smartphone GPS watch, and new Spacetalk App...the breadth and quality of global attendees at CES presents a unique opportunity," he explained.

Deloitte recently released its TMT predictions report, which reveals its technology, media and telecommunications predictions for the year ahead.

The report detailed a sunny forecast for cloud computing and storage, anticipating it could become standard following a push from COVID-19, which saw cloud internet traffic double 2019 volumes during the pandemic.

Virtual medical visits are also set to stay, thanks to COVID, with Deloitte predicting 5 per cent of all doctor's visits will be virtual throughout this year.

Health concerns surrounding 5G transmission are still present according to the report, revealing 13 to 36 per cent of people across 14 countries believe 5G presents health risks.

Deloitte clarified 5G in fact uses less transmitting power than 4G does and says "clear, consistent messaging will be necessary to overcome myths about its danger."

Enterprise and educational revenue for XR headsets is also set to rise, doubling 2019 levels in what Deloitte coins a "small market on a fast track."

And finally, our televisions are about to get even bigger and better. 8K TVs are set to firmly assert themselves in the market and reach sales figures of roughly one million throughout 2021.

Whatever this year brings, at least we'll have something good to watch it on. 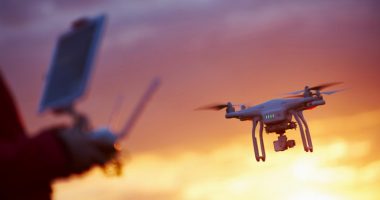 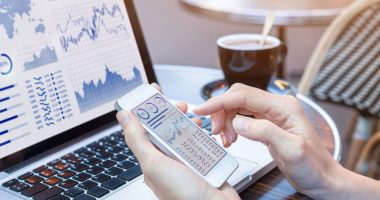