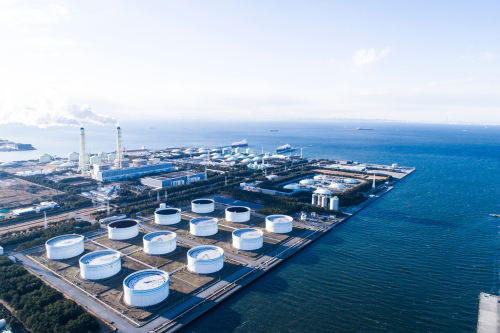 Aussie shares retreated from yesterday’s 11-year high amid weakness on global markets as the trade impasse between the U.S. and China deepened.

The ASX 200 dropped 22 points or 0.3 per cent to 6489, threatening a winning run that started last Wednesday. A mixed market saw gains in technology and Telstra outweighed by declines in the big banks and resource stocks.

The energy sector led the retreat, falling 1 per cent, after crude oil suffered its biggest decline in three weeks. Texas crude futures fell $US1.71 or 2.7 per cent overnight and extended those losses by 32 cents this morning to $US61.10 a barrel. The slump was triggered by news of a large increase in U.S. stockpiles. On the local market, Oil Search shed 1.9 per cent, Origin Energy 1.7 per cent and Santos 1.4 per cent.

BHP gave up 1.4 per cent as the ongoing rally in iron ore was offset by overnight falls in oil, copper and other base metals. Rio Tinto shed 0.5 per cent, while “pure” iron ore producer Fortescue rose 2.6 per cent.

The post-election relief rally in the big banks continued to ease. CBA lost 1.1 per cent, ANZ 1.7 per cent, NAB 1.5 per cent and Westpac 2.6 per cent.

Bravura Solutions was the pick of the leading tech gainers, rising 3.8 per cent. Afterpay and Wisetech both put on 2.7 per cent and Appen 2.4 per cent.

Telstra has been rising all year and this morning rose 0.7 per cent to a fresh 15-month peak.

Renewable energy company Infigen was the best performer on the index after announcing a $60 million deal to buy an open cycle gas turbine in Western Sydney. Shares jumped 9.3 per cent. Pokie-maker Aristocrat rallied 6.4 per cent after unveiling record profits from its American division.

Two big winners at the speculative end of the market today. Shares in Aquabotix briefly tripled after the underwater robotics company announced a $150,000 contract for the U.S. military to test its SwarmDiver system. The share price was lately up nine cents or 150 per cent at 1.5 cents. And financials service tech junior Flamingo AI rallied 3.5 cents or 70 per cent to 8.5 cents after signing a contract to deploy its technology at HSBC.

On currency markets, the dollar was buying 68.7 US cents.