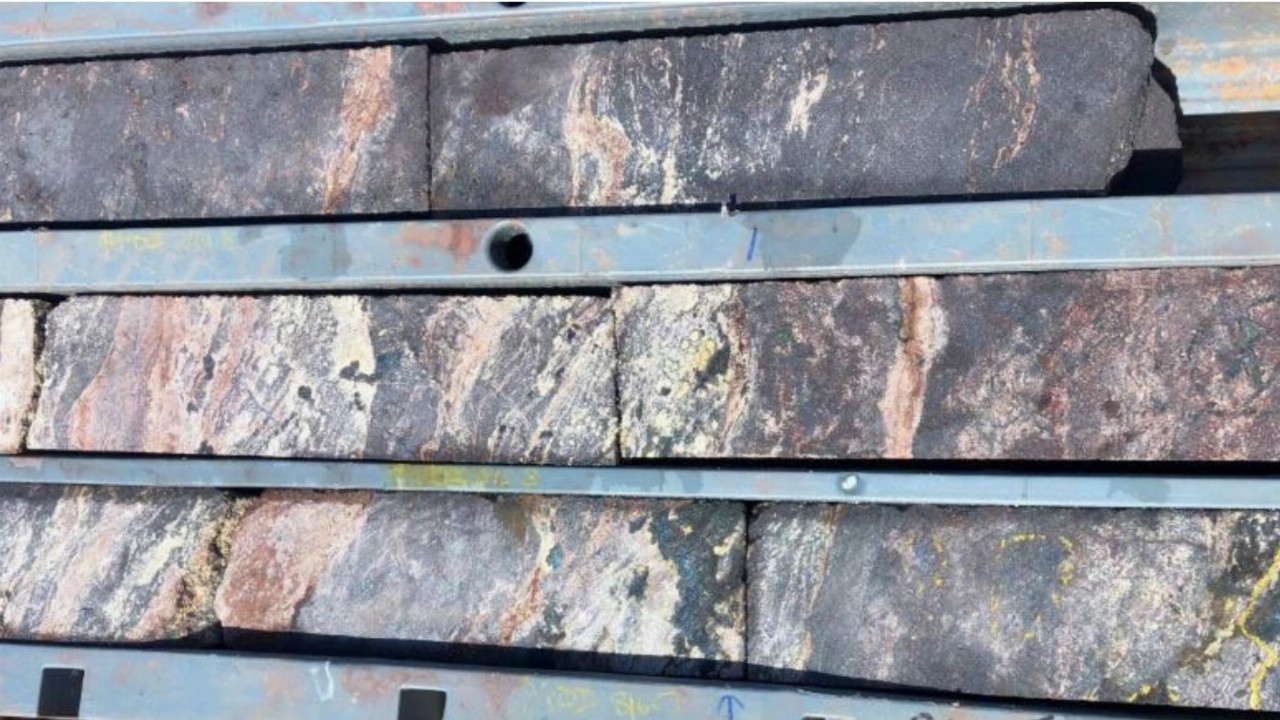 In March, the company reported a haematite conduit structure associated with mineralisation. The structure was dominated by bornite, displaying minor occurrences of chalcocite, covellite and chalcopyrite.

The company followed this discovery up today with intercepts including 16 metres at 2.66 per cent copper and 37.5 grams of silver per tonne (g/t) from 812 metres.

The assays were said to reinforce the prospectivity of the new southern bornite zone and its geological distinctiveness.

“While the copper grades returned were excellent, the absence of gold is significant,” Mr Stevens said.

“Although we will re-assay the relevant pulps just in case there has been a lab error, we are taking this as further proof that the mineralisation encountered in EBD7 is related to, but definitely distinct from, that which has previously been drilled at Emmie IOCG.”

The company said while it is yet to find the major structure conveying mineralisation into the system, it is confident proposed geophysical work will greatly assist it in identifying the structures, as well as further mineralised zones.

“With definitive proof now that we have found more than one of these conduits, that of course begs the question: what else remains to be found within this expansive copper-rich system?” Mr Stevens said.

Meanwhile, the company said its Elizabeth Creek scoping study is progressing well and remains on track for delivery during the September quarter of 2022.