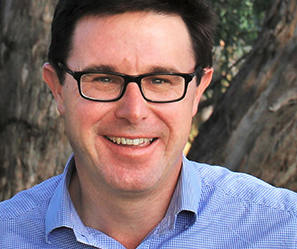 The Department of Agriculture has announced stricter surveillance and inspection measures for imports from certain countries ahead of brown marmorated stink bug season.

The insect, often known simply as BMSB, poses a major threat to Australian crops should it escape into and establish itself on the continent. As such, a string of new measures has been put in place until the end of April 2022 while the risk of a stink bug breakout remains high.

The measures include mandatory offshore treatment by registered providers from target countries and random onshore inspections for high-risk goods arriving in Australia.

Any high-risk products that have not gone through proper offshore treatment, or that have been treated by a non-registered treatment provider, will either go through mandatory treatment onshore in Australia or be returned.

Almost 40 countries are considered a risk for BMSB pests, including Canada, France, Portugal, the US and more.

Head of biosecurity at the Department of Agriculture, Water and the Environment Andrew Tongue said a BMSB breakout would have a “devastating” impact on Australia’s agricultural crops and horticulture.

“It’s also a nuisance pest because it seeks shelter in large numbers, in buildings and equipment, during the winter months,” Mr Tongue said.

“It has a foul-smelling odour when crushed or disturbed.”

However the foul odour is the least of the Department of Agriculture’s concerns when it comes to the bug.

The BMSB bug feeds on massive amounts of high-value crops both in its immature and adult stages of life, placing more than 300 Australian agricultural and ornamental plant species at risk.

The insect is native to China, Japan, Korea and other Asian regions, but it has spread to many other countries around the world by hitchhiking on cargo containers and freight vehicles.

“The bug’s ability to hitchhike, fly and feed on a wide range of plant hosts enables it to spread rapidly when it is introduced to new areas,” Mr Tongue said.

“It also has the ability to survive in cargo for long periods of time in a dormant state.”

This year, he said, the Department of Agriculture would target high-risk countries more than ever before.

“There will be heightened surveillance for cargo vessels and additional pre-arrival reporting for vessel operators, who will be required to undertake daily checks of their vessels and cargo for biosecurity risks.”