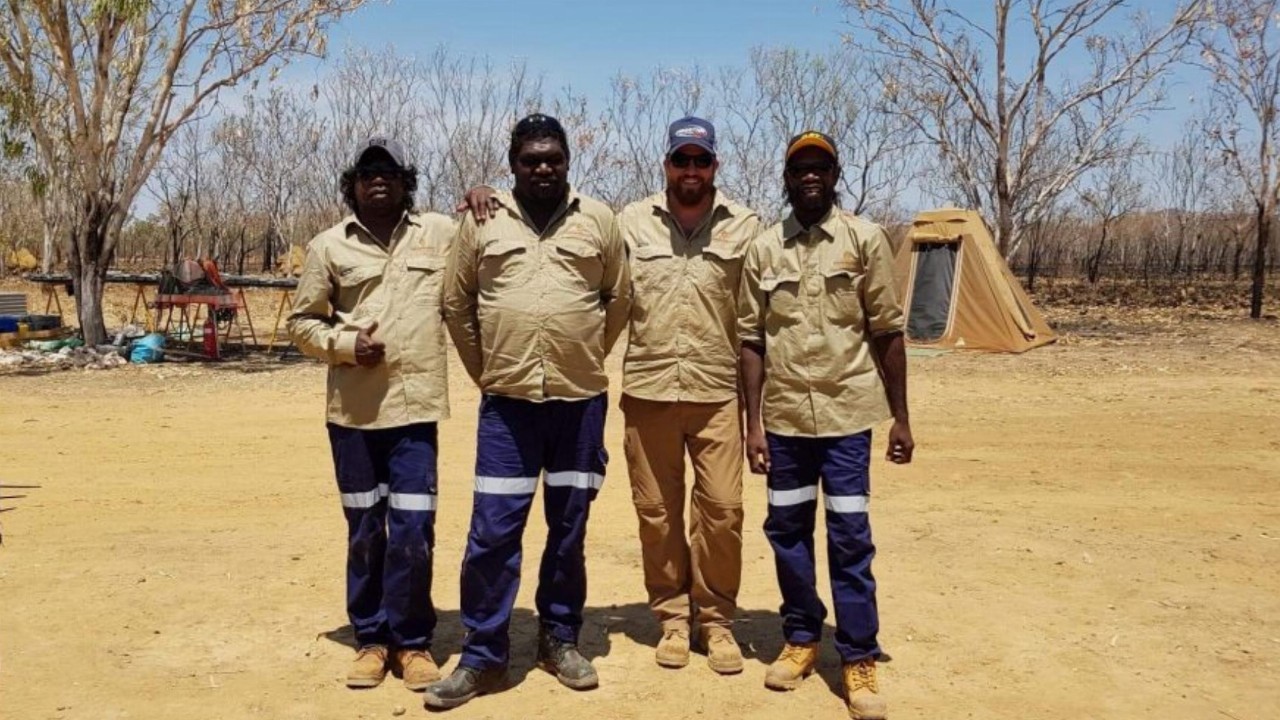 Dreadnought Resources (DRE) has spiked in early trade after finding polymetallic mineralisation in rock chip samples at its Tarraji-Yampi project in Western Australia.

The company took 16 rock chip samples from the Rough Triangle lode in the project area, of which 13 samples returned mineralisation for several different minerals, including antimony, bismuth, copper and silver.

The mineralisation was returned over 600 metres of strike length.

One of the best samples from the program showed 18.5 per cent copper, 10.8 per cent antimony, 1.9 per cent bismuth, and 291 grams of silver per tonne.

Dreadnought is now taking on further sampling and mapping work to define drilling targets at the Rough Triangle lode. Assays from this work are expected in August this year.

“There is certainly nothing more exciting than walking along walls of outcrop with copper staining,” Mr Tuck said.

“The confirmation of high tenor antimony, bismuth, copper and silver is highly encouraging for a substantial system at Rough Triangle.

“We will continue to assess additional targets while undertaking our drilling programs at Texas, Fuso, Paul’s Find, Orion and Chianti-Rufina.”

While taking on this nearby reverse circulation drilling program, Dreadnought is also planning some fixed loop electromagnetic across the northern portion of the Orion prospect in the Tarraji-Yampi project area.

The company said it would also take on airborne magnetic surveys at the Yampi and Wombarella regions, with environmental surveys to be taken on across new targets for the 2022 field season.

According to Dreadnought, the Rough Triangle lode was first identified and mapped over half a century ago by Western Mining Corporation (WMC).

Rough Triangle was mapped continuously for almost 1.3 km, with copper mineralisation allegedly evident throughout the lode.

Though the area was declared a “significant lode” by WMC in 1958, no exploration work has been completed across the area since then.

Nevertheless, Dreadnought’s recent work marks the first samples to be collected from this prospective area.

Shares in Dreadnought Resources were up 8 per cent and trading at 2.7 cents each at 10:30 am AEST. The company has a $55.5 million market cap.