Fortescue Metals (ASX:FMG) delivers another record year — but can the strong results continue?

Fortescue Metals (FMG) has continued its trend of record full-year results. However with weakening iron ore prices there are questions over how long the strong performance can last.

With such strong results, Fortescue’s shareholders will receive a payout of $2.11 per share, to be paid on September 30, which takes the total dividends paid during the year to $3.58 per share or 80 per cent of the company’s full-year profit.

Fortescue CEO Elizabeth Gaines said of the results: “Guided by our unique culture and values, the Fortescue family has delivered a second consecutive year of record performance, with shipments, earnings and operating cashflow surpassing any year in Fortescue’s history.

“Through the Iron Bridge Magnetite project and Fortescue Future Industries, we are investing in the growth of our iron ore operations, as well as pursuing ambitious global opportunities in renewable energy and green industries.”

The two-year bull run for iron ore prices began at the end of 2019, when Brazilian miner Vale SA was involved in a tailings dam collapse, which killed 270 people, near the town of Brumadinho in the southeastern state of Minas Gerais.

However, the market took a turn in July when China’s export growth suddenly slowed due to a resurgence in COVID-19 cases, hinting at a slowdown in the country’s industrial sector.

In turn, the drop-off led to a 40 per cent slide in the price of iron ore over the past month.

That said, Nicholas Snowdon, head of base metals and bulks research at Goldman Sachs, believes a bull environment for iron ore is likely to remain for the time being.

“It would be wrong to say that the bull market for iron ore is on the cusp of ending,” he said at the Singapore Iron Ore Forum — part of Singapore International Ferrous Week — in early August.

“Importantly, even as China shows some signs of decelerating … the rest of the world and (developed market) steel demand dynamics are incredibly strong.”

" SSR Mining (ASX:SSR) to offload Pitarrilla Project for up to US$127m

SSR Mining (ASX:SSR) has signed a deal to sell its Pitarrilla Project in Mexico to TSX-listed…

Omicron has caused turbulence for Qantas (ASX:QAN) as the group cuts around a third of domestic… 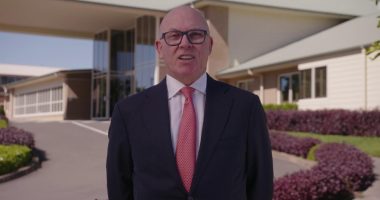 Ramsay Healthcare (ASX:RHC) has reached an agreement with National Health Service England (NHSE) which is the…

Incitec Pivot (ASX:IPL) is looking to break into new markets with the acquisition of French industrial…