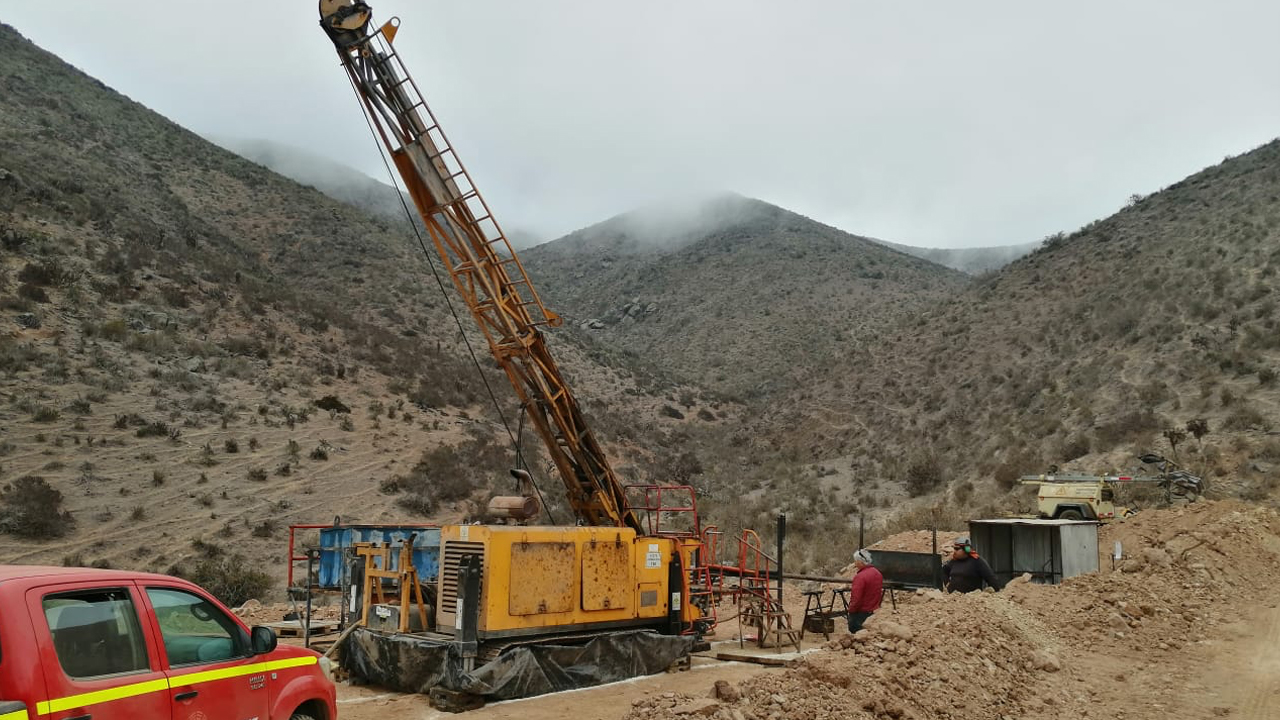 One of its diamond drill rigs has been moved into position at the first of two induced polarisation (IP) targets to test these structures for copper mineralisation.

This new copper drilling campaign follows on from a geochemical surface study that covered the northeastern portion of Yerbas Buenas.

Two drill holes are initially scheduled to be drilled, each to a depth of 400 metres, to test the target to the full depth indicated by geophysics.

The Yerbas Buenas magnetite project is located in Region IV of Chile on the coast, about 500 kilometres north of the capital, Santiago.

The mine is located approximately 50 kilometres north of the large cities of Coquimbo and La Serena, and is only two kilometres west of the PanAmerican Highway.

Mining of the open pit is currently being treated as a trial mining operation until the pit can be fully drilled and a JORC resource estimate established.

The area where the pit is being developed has had two reverse circulation drill holes which were completed by CAP in 2011 which showed magnetite mineralisation down to at least 150 metres below collar.

The pit has currently been developed to -15 metres by conventional drill and blast methods with more than 80-90 per cent of excavated material trucked directly to the crushing and processing plant.

Drilling results from Freehill’s two drilling campaigns have so far demonstrated that magnetic mineralisation extends along at least a two-kilometre contiguous corridor.

This is believed to be part of a three-kilometre long structure extending from the northern boundary to the southern boundary of the property.

Testing of the gold and copper mineralisation is planned for December 2019 with diamond drilling to begin on the two IP anomalies.