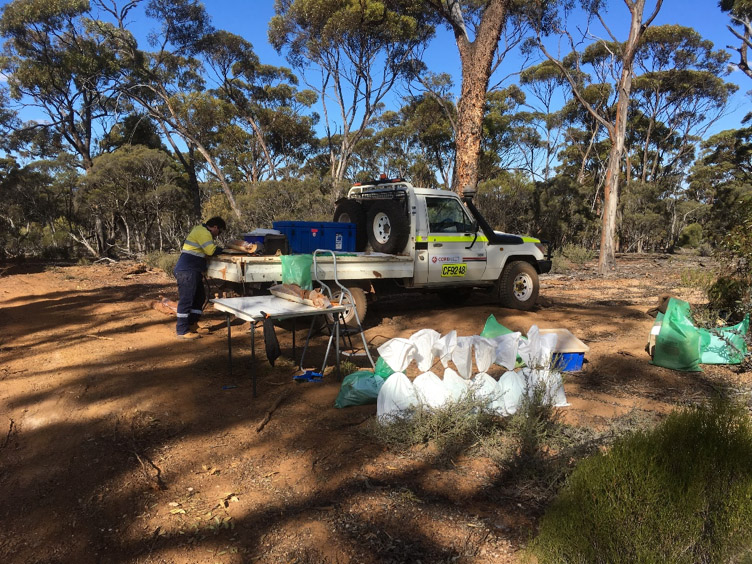 Located 726 kilometres east of Perth and totalling an area of 276.8 square kilometres, Norseman comprises of a series exploration and prospecting licences.

Managing Director Brad Underwood is pleased with the results which haven’t been looked at since the 1970s.

“Our recently completed ultra-detailed magnetic survey has allowed us to undertake a geological interpretation of the area not possible by previous explorers. In doing so we have uncovered historic copper prospects that were last looked at in the 1970s,” Brad said.

Diamond core work completed in 1971 identified layers of volcanic material such as tuff and agglomerate. No other work was conducted here and the attention returned to nickel exploration at the other sites.

A magnetic survey completed by Galileo, combined with historic drilling, has allowed for the definition of prospective volcanic units which can now be targeted by ground EM surveys.

“We will now focus on building up the prospects to drill-ready status through the use of modern electromagnetic surveying methods aimed at identifying significant sub-surface copper mineralisation,” he said.

A of 53 rock chip samples were collected mostly from volcanic and sedimentary units which occurred between the western basalt and eastern gabbro.

Gailieo has identified copper mineralisation at Subzero indicates good potential for the presence of economic copper resources in the area. The ground EM surveys aimed to define conductive drill targets to test for copper sulphide ore bodies located in the volcanic rocks.