Olympic organisers have reported another 27 new cases of COVID-19 on Friday as Japan looks to expand a state of emergency in prefectures surrounding Tokyo.

COVID and the Olympic bubble

Two Australian track and field athletes and one team member are in isolation after coming into contact with US pole-vaulter Sam Kendricks who tested positive. The Australian athletes will be able to compete if they continue to return negative results in their daily tests.

Yesterday, Olympic organisers reported 24 new cases of COVID-19, bringing the total number of positive results linked to the games since the start of July to 220.

So far nearly 275,000 tests have been administered at the games, making it "the most tested community almost certainly anywhere in the world," according to Olympic Committee Spokesperson Mark Adams.

Meanwhile, outside what is being referred to as the "Olympic bubble", the host city is in its fourth state of emergency since the onset of the pandemic and yesterday recorded a record number of COVID-19 infections.

Tokyo reported 3865 new cases on Thursday according to Reuters, and the country reported 9470 infections according to the World Health Organisation.

Today, Japan's government has proposed new states of emergency for the western prefecture of Osaka and three prefectures near Tokyo.

The declarations must be approved by a panel of experts, and Prime Minister Yoshihide Sugo is expected to announce the measures later today, Reuters reported.

Earlier the week, a poll by Nikkei and TV Tokyo showed a fall in the public approval rating of Prime Minister Sugo's cabinet to 34 per cent.

The July poll registered a drop of four percentage points from June to the lowest it has been during his whole term in office, with hosting the delayed Olympics during a pandemic proving unpopular on the domestic front. 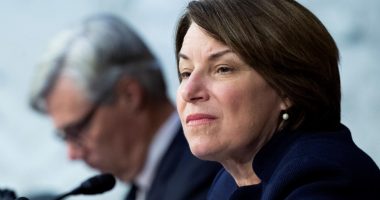