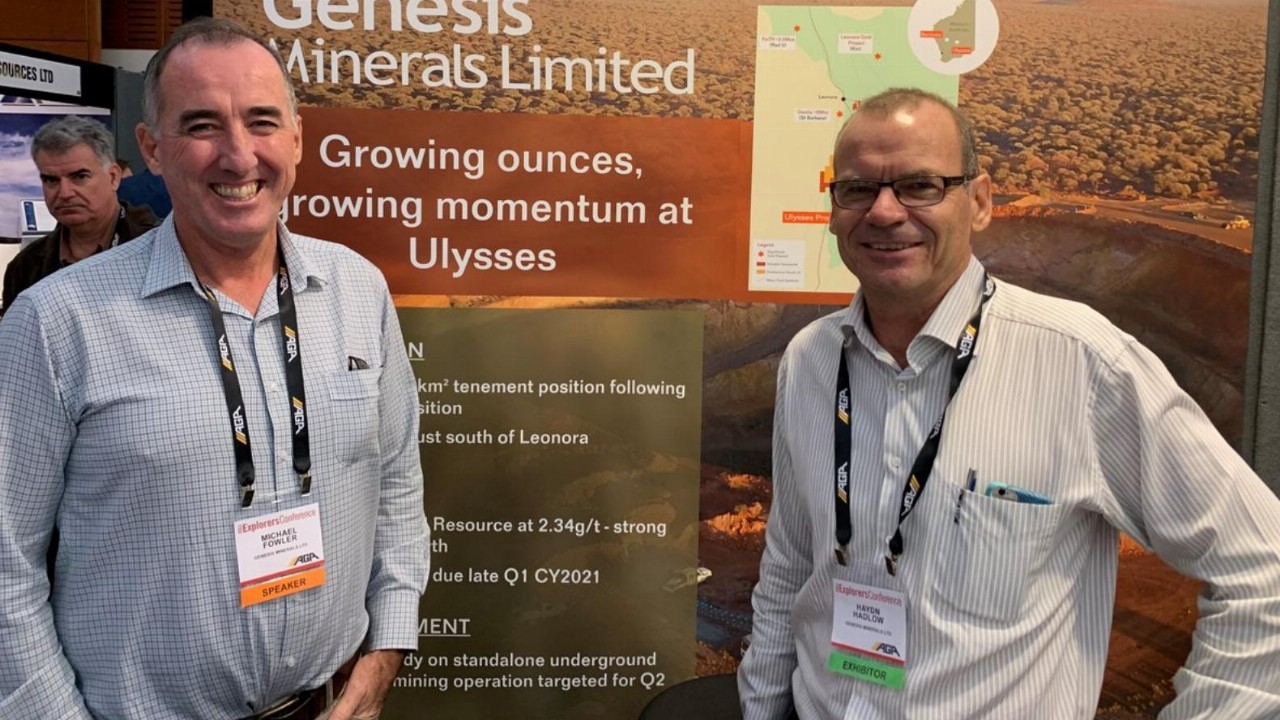 The latest results come from the Puzzle North discovery which lies 700 metres north of the 59,000-ounce Puzzle deposit.

“The Puzzle North discovery is developing into a significant zone of shallow gold mineralisation that clearly has the makings of a new open pit mine. The width, tenor, grade and shallow nature of the mineralisation suggests that we can quickly build ounces at Puzzle North,” Managing Director Michael Fowler said.

“What was really exciting for us was that some of the best results we had seen to date at Ulysses came in the last three months as we had started in our search for significant extensions to our known resources and hunt for new discoveries.”

Genesis drilled 13 holes, for 1771 metres in May as part of its ongoing drilling program to grow the mineral resource which was upgraded by 26 per cent to 27.3 million tonnes at 1.8g/t gold for 1.6 million ounces of contained gold in March.

Drilling will recommence next week at the Puzzle and Puzzle North prospects to continue targeting extensions at depth and to the north and south of Puzzle North. Drilling will also aim to infill the area to support a mineral resource.

Company shares were down 5.13 per cent to trade at 7.4 cents at market close.

GMD by the numbers