Golden Deeps (GED) has launched a major development study for its Abenab and Nosib battery metals projects in Namibia.

The study will assess the potential of mining vanadium with copper, lead, zinc and silver ore from the Abenab underground resource and a maiden Nosib open-pit resource to produce gravity concentrate onsite.

The high-grade concentrate will then be downstream processed at a separate facility to produce vanadium products for vanadium redox flow batteries (VRFBs) as well as copper, lead, zinc and silver by-products.

Golden Deeps appointed South Africa-based Bara Consulting to carry out the first stage, which is a scoping study.

The scoping study will integrate resource estimation with metallurgical testwork and initial mining studies to provide mining, infrastructure and processing conceptual design and cost inputs for the next stage.

Stage two will be a pre-feasibility study (PFS) that will generate a fully integrated mining plan to be incorporated with cost information, and infrastructure and processing designs, to produce the PFS cashflow model.

The PFS will aim to establish the value and viability of developing a high-grade operation and support a definitive feasibility study and mining lease applications.

Golden Deeps CEO Jon Dugdale said the company is “very excited” to get the study underway.

“We see this as just the start of our integrated development strategy, that, through establishing mining and processing operations in parallel with an aggressive exploration program, will grow our resource base and allow us to expand production from a centralised processing operation,” Mr Dugdale said. 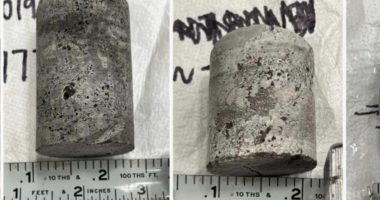