The company has been advised that the reactor vessel currently awaiting heat treatment in China has a defect and is consequently unsuitable.
ASX:HZR      MCAP $197.1M 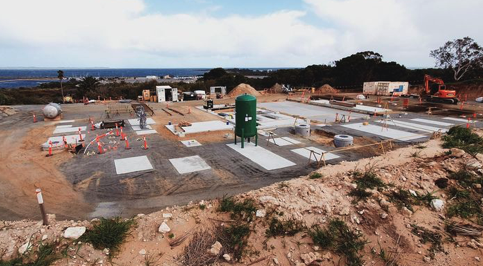 Hazer Group’s (HZR) planned commissioning of its commercial demonstration project in Western Australia has been delayed.

In September, HZR said progress had been made in the engineering, fabrication and construction of the 100 tonnes per annum, low-emission hydrogen production facility which is located at the Water Corporation’s Woodman Point wastewater treatment plant.

However, the company has since been advised that a manufacturing flaw has been identified in the Hazer reactor vessel currently waiting for heat treatment in China.

Quality assurance and non-destructive testing activities confirmed the presence of the manufacturing flaw and identified further areas of concern.

As a result of the flaw identified, the reactor shell has been deemed unsuitable and will require remedial manufacturing actions before it can be certified and accepted for dispatch.

Chief Executive Officer Geoff Ward said the set back so far into the company’s construction schedule was deeply disappointing.

He said work will now be undertaken to identify the causes of the issue and implement any actions available to mitigate the impact on the project budget and schedule.

The commissioning target date was the first quarter of 2022 however this will be pushed back.

The CEO said all planned activities are continuing which will allow cold commissioning and testing of the plant, including catalyst handling, fluidisation and control systems, prior to the delivery and installation of the reactor.