The impact of Ida on oil supply is two-pronged, with the hurricane impacting both offshore production and onshore refining. The category four hurricane, Ida, which has been sweeping across Louisiana and Mississippi has been downgraded to a tropical depression.

The National Hurricane Center is also continuing to warn of the threat of heavy rainfall and flash flooding over parts of Tennessee and Ohio Valley.

In its wake, two people in Louisiana have lost their lives and rescue efforts continue. More than one million people are still without power, including the entirety of New Orleans.

Yesterday, President Biden declared a major disaster in Louisiana, unlocking federal funding to 25 affected parishes. The White House administration will head to the affected states later this week to assess the damage.

Among the buildings reportedly destroyed were parts of Port Fourchon which is responsible for receiving 18 per cent of US oil supply.

The impact of Ida on oil supply is two-pronged, with the hurricane impacting both offshore production and onshore refining.

More than 95 per cent of oil production in the Gulf of Mexico was shut-in ahead of the hurricane according to estimates by the Bureau of Safety and Environmental Enforcement.

Additionally, more than half of the production platforms in the Gulf were also evacuated. CEO of Canary Oil Dan Eberhart told CNBC it could be a while before they come back online.

In addition, onshore at least nine Louisiana refineries went offline or reduced operations in preparation for the extreme weather event, according to the US Department of Energy, accounting for 13 per cent of the country’s refining capacity.

On the other hand, Skylar Capital CEO Bill Perkins told CNBC the dip in supply could be matched with a decline in demand while power infrastructure was restored.

Another commodity that could be impacted by the hurricane is chlorine, given several chlorine facilities in Louisiana went offline over the weekend.

The price of chlorine in the US has approximately doubled in the last year, with a deep freeze in February putting more pressure on supply. 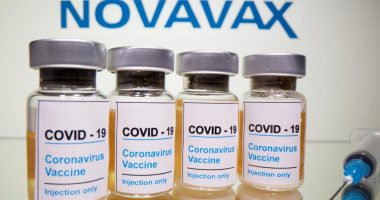