In the year to October 2021, South Korea grew its market share of Australian beef by 3 per cent to overtake he US and China and become Australia’s second-largest market for beef. 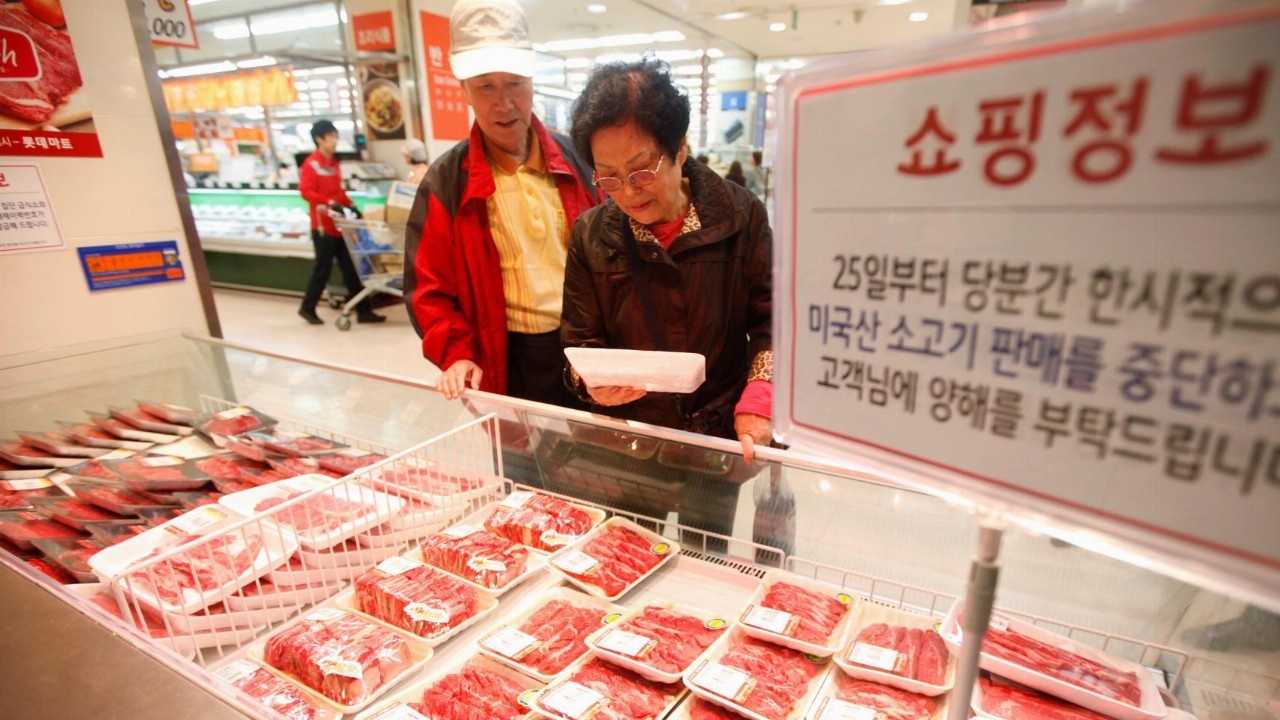 Japan and South Korea are solidifying their places as key beef markets for Australia in the wake of Canberra’s ongoing trade spate with Beijing, according to a new industry report.

Australian beef products were among some of the commodities slapped with heavy Chinese tariffs last year, but new data from agribusiness banking specialist Rabobank and market analyst Mercado claim South Korea and Japan are becoming increasingly important for Australia.

Mercado said South Korea has received three per cent more beef for the year to October than it did over the same time period in 2020. Further, South Korea’s Australian beef market share has risen three per cent to just shy of 18 per cent — its highest point since 2006.

This means South Korea has overtaken both the US and China to become Australia’s second-largest market for beef.

Meanwhile, volumes to Japan are lower by 11 per cent year-on-year, but it remains our biggest beef market with more than a quarter share. Japan is also Australia’s highest-value beef market.

Rabobank’s recent report on the Australian beef market found that South Korea and Japan, though they may not boast the “headlines of record growth or market-setting prices” like places such as the US and China, bring value to Australia through consistent and stable consumption patterns.

This is not to mention the ease of business with Japan and South Korea and the ability to maximise beef value, according to Rabobank.

Together, Japan and South Korea represented roughly $3.7 billion of beef exports for Australia in 2020, accounting for 38 per cent of total beef exports by value.

The co-author of the Rabobank report, Angus Gidley-Baird, said given the recent blow to Australia’s beef industry, the country needs strong trade partners who value the Australian product.

“Over the past 20 years, the Japanese and South Korean markets have remained true to form, providing major beef-exporting countries, such as Australia, with a stable, reliable market,” Mr Gidley-Baird said.

“At the same time, the strength of demand in these markets also means they hold their own on volumes and prices.”

The Rabobank report said Australia should work to improve the underlying value of its beef market to retain its position as a preferred supplier to South Korea and Japan.

Part of this will come with a more consistent and stable supply chain — not just in production volumes, but in product quality, too.

Rabobank said South Korea and Japan are preferential to grain-fed beef, which is something the Australian agriculture industry could look into ramping up.

Australia already has a free trade beef quota with South Korea, under which Australia can ship a certain amount of beef to South Korea at an 18.6 per cent duty rate, with this rate increasing to 30 per cent for the remainder of the year once the quota is reached.

Mecardo said Australia will complete 95 per cent of the 2021 quota of 177,569 tonnes of beef in November, meaning it could cop the higher duty rate soon.

Rabobank said Australia holds a favourable position with Japan and South Korea thanks to its geopolitical ties to the countries, but deeper trade relationships and more trade deals could provide strength and stability to the beef market.