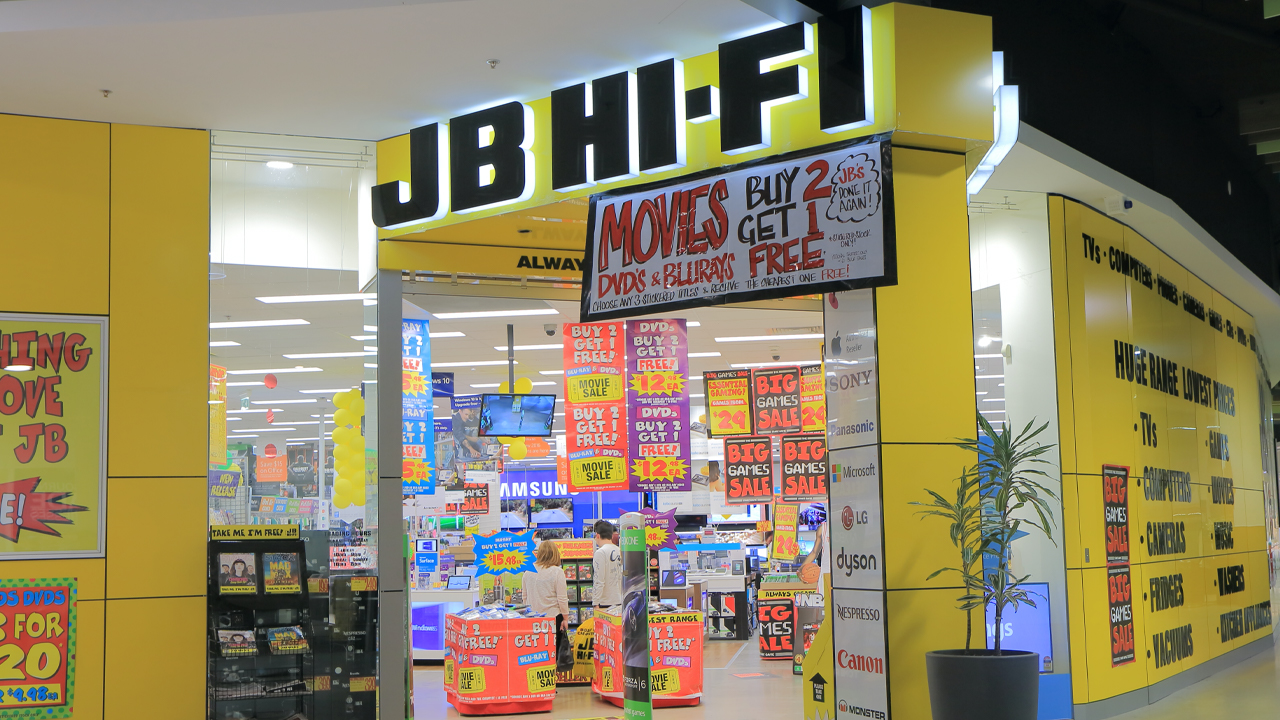 JB Hi-Fi (JBH) has recorded strong results in its full FY20 financial report, with a 33.2 per cent increase in group profits.

JBH’s other brand The Good Guys also recorded an increase in profits in the 2020 financial year, as both retailers benefited from COVID-19.

The Good Guys led the way in terms of earnings, with earnings before interest and taxes (EBIT) increasing 47.8 per cent year-on-year to total $107.8 million

The strong profit and earnings come after sales increased for both businesses, spurred on by the COVID-19 pandemic which created a demand for home entertainment.

JB Hi-Fi Australia and The Good Guys’ sales both rose during the 2020 financial year, by 12.5 per cent and 11.2 per cent respectively.

Interestingly, the sales increase didn’t extend to JB’s New Zealand business, which recorded a 5.7 per cent decline in sales in FY20.

Its EBIT also dropped a slight one per cent over the year, and JBH said this was due to the fact its stores had to close in New Zealand during COVID-19, unlike in Australia.

But, as a group, JBH’s sales were very strong and totalled $7.9 billion across all three brands for FY20.

JB Hifi ended FY20 with $251.5 million worth of cash in the bank and cashflow positive, with over $980 million on its balance sheet.

The company said its balance sheet was so high due to the change in timing and level of inventory purchasing resulting from COVID-19.

In the meantime, JB Hi-Fi shareholders will be paid a final dividend of 90 cents per share fully franked. That’s an increase of 39 cents and brings the total dividend for FY20 to 189 cents per share — representing 65 per cent of the group’s underlying NPAT.

The record date for the final dividend is August 28, with payment to be made on September 11.

Since the end of FY20, COVID-19 has begun negatively impacting the business slightly.

The group had to shut its Melbourne JB Hi-Fi and The Good Guy stores, after previously being allowed to keep them open.

Its New Zealand stores have also been affected by the coronavirus, with Auckland placed back into lockdown and affecting JB Hi-Fi’s operating requirements.

However, JB said online sales may mitigate some of the financial damage caused by the store closures.

It said its August sales growth is tracking well after significant online demand was recorded during the first 11 days of the Melbourne lockdown.

Due to the COVID-19 lockdowns in Australian and abroad, the company has decided against releasing FY21 guidance.

Shares in JB Hifi are trading up following today’s positive FY20 result. Shares are currently trading 5.87 per cent in the green for $50.11 at 1.48 pm AEST.