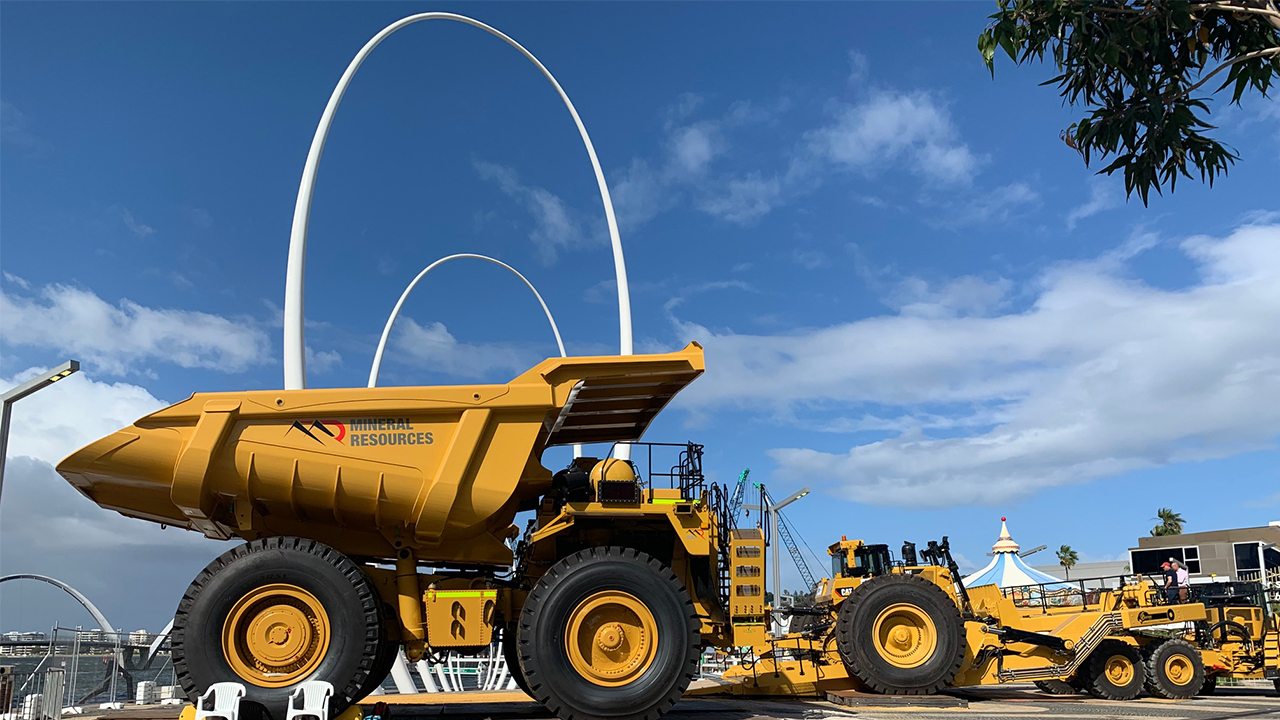 The new mineral resource forecasts the projects to hold 108.6 million tonnes at 56.8 per cent iron. Mineral Resources told shareholders the increased resource will lead to extended mine lives and a better-valued iron ore export business.

In other news, Mineral Resources is currently displaying some of its impressive mining machinery at Perth’s Elizabeth Quay. Featuring a 118-tonne haul truck, named The Caterpillar, the enormous vehicles are on show ahead of the 2019 Resource Technology Showcase next week.

In the Yilgarn region, the major iron ore explorer operates the Koolyanobbing and Carina mines. Each year between six to eight million tonnes are transported by the company from Koolyanobbing.

“When we acquired the Koolyanobbing operations off Cleveland-Cliffs last year, we had a clear vision to use the newly acquired infrastructure as the foundation blocks to build a long-life, high-value iron ore business in the Yilgarn region,” company Managing Director Chris Ellison said.

In June last year, Mineral Resources first announced its bid to buy the Koolyanobbing mine from New York Stock Exchange-listed Cleveland Cliff. By September, it began operations. Reports from 2018 stated the mine acquisition saved hundreds of jobs in the state’s north.

Mineral Resources expects production at Yilgarn is on its way to increase to 11 million tonnes each year by the third quarter of the 2020 financial year. In doing so another 190 jobs will be added, bringing the total employment across the company’s operations in the region to 654.

Western Australia comfortably sits as the world’s largest iron ore producer and yearly sales continue to rise, although production is slowing down as China’s demand eases.

Iron ore prices have taken a beating in the second half of the year, recording over a thirty per cent drop between multi-year highs in July and today’s price. Iron ore is currently worth approximately $122 per tonne (US$83.27).

Heading towards market close, Mineral Resource’s share price is climbing back into the green after a 1.5 per cent slump in earlier trade. The company’s share price is now up 0.34 per cent and trading for $14.72 each.