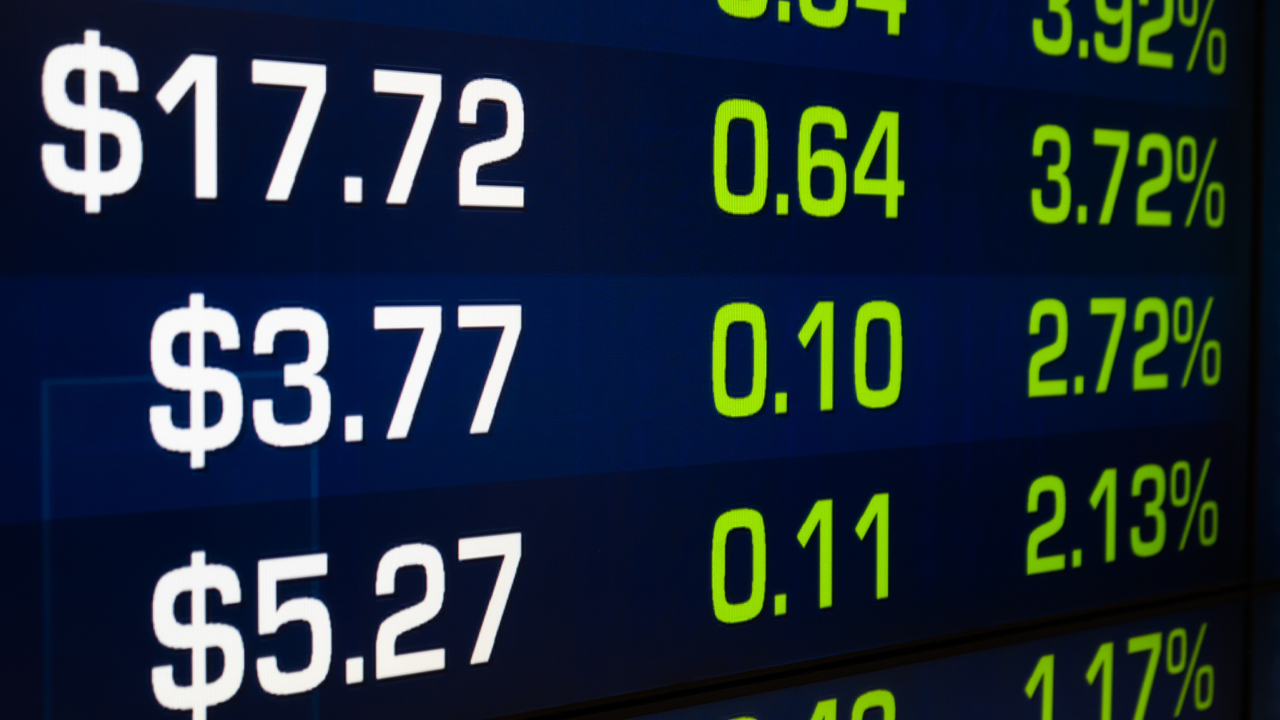 Aussie shares fell for a third session following declines on Wall Street and news the economy slowed to its weakest pace since the GFC.

The ASX 200 slipped 37 points or 0.6 per cent to 6536 by mid-session as domestic GDP data added to concerns that the global economy is faltering. Overnight, the S&P 500 fell 0.69 per cent on news that US factory activity declined last month for the first time in three years.

Expectations for this morning’s GDP data were so low that the dollar rallied and the share market barely blinked. The report released mid-morning showed the economy grew 0.5 per cent last quarter, dragging the annual rate down to 1.4 per cent, the weakest pace of growth since 2009. Both figures were in line with the consensus, but the dollar rose because some economists had predicted the annual rate would be even worse. On currency markets, the Aussie rose a third of a cent to 67.8 US cents.

The market was already deep in the red following those falls on Wall Street. At its low this morning the benchmark index, the ASX 200, had given up 100 points in three sessions.

All eleven sectors flashed red. Health stocks, utilities and Telstra took the biggest hit. CSL set a record high last week and this morning retreated 1.9 per cent. Cochlear, the health sector’s other giant, dropped 1.3 per cent as yield plays were pressured by the recovery in the dollar. Among utilities, APA Group fell 1.4 per cent, AGL 0.8 per cent and Spark Infrastructure 1.6 per cent. Telstra faded 1.3 per cent to a three-month low.

A stellar month for tech stockshas seen Afterpay, Wisetech and Nanosonics reach all-time highs in the last week. Risk appetite cooled today, but Afterpay overcame early weakness to rise 0.2 per cent. Wisetech was off 0.5 per cent and Nanosonics 2.4 per cent. Bravura Solutions dived 3.9 per cent.

Gold was one of the few winners overnight, surging to a six-year peak. Here, Northern Star rose 3.3 per cent, Newcrest 3.1 per cent and Evolution Mining 2.9 per cent.

Hot today: junior biotech Orthocell hit a six-week high after successfully trialling its CelGro collagen membrane in repairing damaged shoulder tendons. Tests showed patients who completed the trial regained full range of movement with no pain. The company estimates the market for treating rotator cuff injuries alone is worth US$1 billion. The share price was last up 11.4 per cent.

Not today: building stocks took a hit after a broker downgrade for CSR appeared to trigger a broader sell-off. CSR dropped 6.8 per cent to $3.70 after JP Morgan downgraded the stock to “underweight” and reduced its price target from $3.80 to $3.50. Earth-moving equipment supplier Emeco Holdings fell 4.1 per cent. Construction group Cimic slumped 4.8 per cent to its lowest point in almost three years.

Asian markets shrugged off US falls after a measure of Chinese services industry activity came in stronger than expected. The Caixin purchasing managers’ index improved to 52.1 last month from a July reading of 51.6. China’s Shanghai Composite rallied 0.5 per cent, Hong Kong’s Hang Seng 1.5 per cent and Japan’s Nikkei less than 0.1 per cent. S&P 500 index futures advanced eleven points or 0.4 per cent.