Resolution Minerals (RML) and Oz Minerals (OZL) have entered a farm-in agreement to fast track the search for copper at the NT-based Wollogorang Project.

Specifically, RML’s subsidiary, Mangrove Resources has entered into a binding heads of agreement, farm-in and joint venture whereby OZL’s subsidiary, OZ Exploration, can earn up to a 75 per cent interest in the project.

The project is located within the McArthur Basin and RML recently conducted an airborne electromagnetic geophysics survey (VTEM) over the tenements which reportedly identified untested conductors and highlighted the project’s sedimentary-hosted copper potential.

RML said by partnering with one of Australia’s largest copper producers, OZL, it has secured long-term funding, technical exploration collaboration and mining expertise to explore its identified targets in the hopes of discovering the next large-scale copper mine in the Northern Territory.

Moreover, according to Managing Director, Duncan Chessell, this agreement allows the company to “advance two major projects simultaneously”, the other project being the 64North Gold Project in Alaska.

Initially, a 60-day due diligence will be taken to establish the tenements are in good standing.

Following that, RML will retain 100 per cent ownership for two years, during this time OZL is required to undertake exploration activities of $1.6 million, and a further $3 million expenditure over a three-year period as well as paying Resolution $300,000 for the VTEM survey undertaken, after which it will earn a 51 per cent interest.

From then, a formal joint venture agreement may be formed.

RML has the option to retain 49 per cent interest by participating from year 6.

However, if RML decides not to participate, OZL has the option to move forward with the 75 per cent interest, by sole-funding and delivering a positive final investment decision to mine which comes at a spend of $1 million per year over a further five year period.

OZL is able to accelerate earning to any milestone by meeting the expenditure requirements early and any over-spend will be carried forward to the next stage. 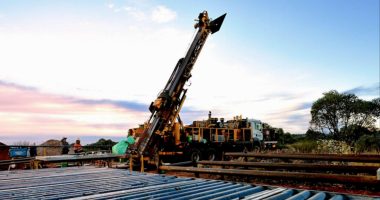