Paladin Energy (PDN) announced a large capital haul which will enable it to re-boot production at the Langer Heinrich uranium mine in Namibia — a mine that closed in 2018 due to low uranium prices.

Paladin — which owns 75 per cent of the mine — will then have close to $260 million to fund working capital, fees and restart capital requirements. The company is aiming for commercial uranium production in 2024.

The SPP opens on Wednesday. Shares will be issued at 72 cents, which is about a 9 per cent discount to the previous on-market close price.

Paladin’s market cap is well over $2 billion and share trade lifted more than 3 per cent on the news.

The purchase price is $180 million plus another $50 million that’s dependent on performance targets.

The next major step is to secure project financing but, in the meantime, a $7.5 million private placement, raised at a small premium, will keep Macarthur’s work on track.

“It places us in the category of being what I would regard as the most technically-advanced magnetite project in the Yilgarn region of Western Australia at the moment,” he said.

“So, subject to securing project finance, we’re set to be a first-mover in the region and I think that’s really where the interest is being generated from now — people see how advanced we are.”

Macarthur Minerals has a market cap of nearly $80 million and share trade has held up above the raise issue price of 50 cents.

A $7 million placement will fund the company’s aggressive drilling program at its Mulga Bill prospect, which is at Great Boulder’s flagship Side Well Gold Project at Meekatharra in Western Australia.

“Our highest assays there were intersections like 3 metres at 150 grams per tonne,” he said.

“Five kilometres south of that, in mid-February, we announced an air core (drilling) hit of 24 grams a tonne, so we’re getting these high-grade zones of gold mineralisation over a very long strike length.

“We don’t yet have enough drilling to know how big it is, but I’m pretty comfortable with the fact we’ve got a million ounce potential opportunity here and we’re very much focused on delivering that.”

Great Boulder has a market cap approaching $45 million and the stock has performed up within a couple of cents of the 11-cent raise price.

Latin Resources’ (LRS) shares spiked off the back of a $1.2 million cash injection when largest shareholder exercised more than 100 million options.

Integra Capital founder Jose Manzano exercised the options several months ahead of maturity, increasing his interest in the company to 13.4 per cent.

LRS plans to use the money to expand works at its lithium project in Brazil.

Integra Capital is a joint venture partner in the company’s lithium project in Argentina.

Latin Resources’ shares traded up nearly 60 per cent on the news. Exploration company, Octava Minerals (ASX:OCT) is gearing up to launch on the ASX next month, on…

Multi-billion-dollar insurance company Steadfast Group (ASX:SDF) is raising up to $250 million to fund the Trapped… 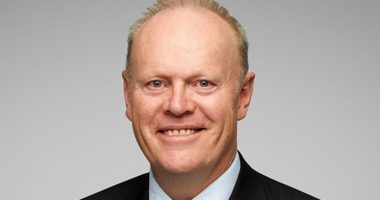 Kin Mining (ASX:KIN) has placed its shares in a trading halt pending the release of a…

DevEx Resources (ASX:DEV) has entered a trading halt as the company prepares to raise new funds.